By GhostNews.Com (self meida writer) | 28 days

Kenya has never had a female President since the country got her independence from the British colonialists in 1966.

The late Mzee Jomo Kenyatta, Late Daniel Moi, Mwai Kibaki and Uhuru Kenyatta have been the leaders of the country, but we are soon going to expect more women campaigning for the top seat after the introduction of their empowerment. 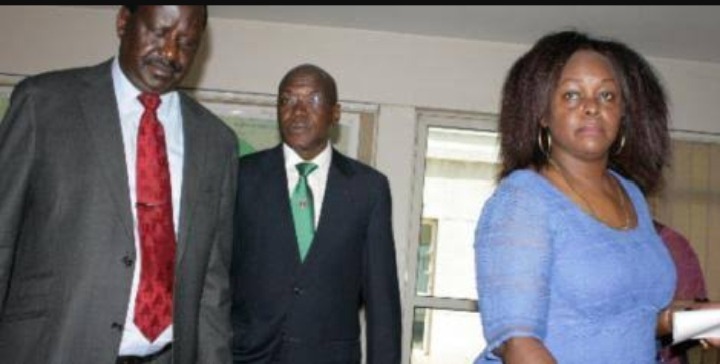 In the 2013 general elections, we witnessed Martha Karua vying for Presidency through the Narc Kenya ticket, but she never managed to win the race to State House. 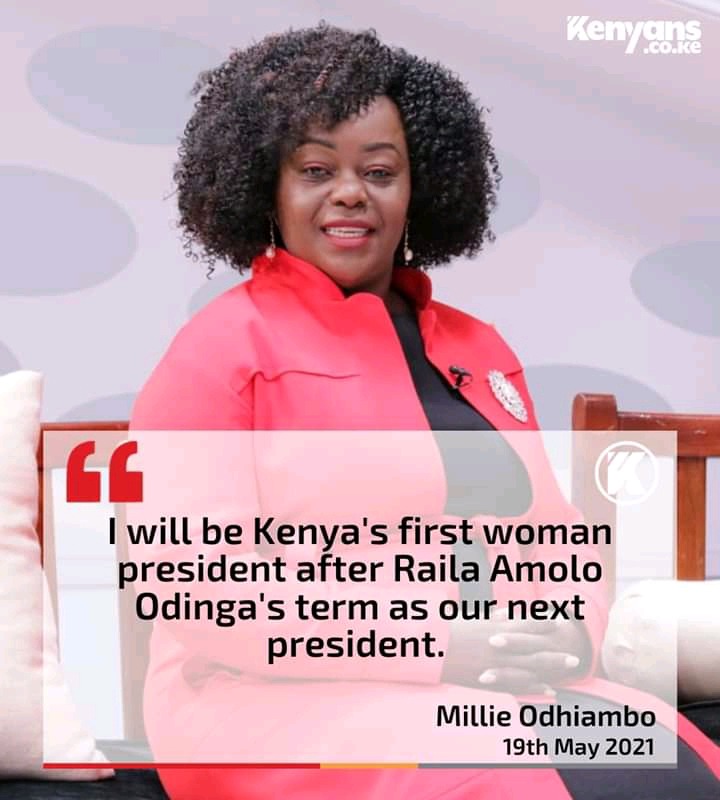 One prominent and vocal female politician, Millie Grace Akoth Odhiambo Mabona has expressed her dreams and ambitions today of being Kenya's President at one point.

According to Kenyans.co.ke news podcast, the Member of Parliament of Mbita Constituency seems to be ready to battle out with other top politicians for the seat, however, she stated that this will happen after Raila Odinga becomes President.

She was quoted stating: "I will be Kenya's first woman president after Raila Amollo Odinga's term as our next President."

This is some great self believe and it will be a nice thing to be governed by a female President like our neighboring country Tanzania under the rule of President Samia Suluhu.

Will you vote for Millie Grace Akoth Odhiambo Mabona as our first Female President?