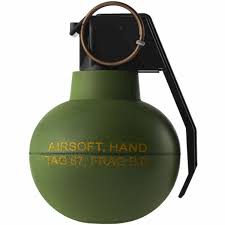 Hand grenade has killed two boys aged 7and 8 after the duo mistook it from a soccer ball. The incident happened at Yamicha_Duma road in Isiolo County. The hand grenade was located outside the home of a local policeman identified as Dabaso Huka. One boy died on the spot while the other was pronounced was on arrival at the nearby local hospital. The police denied claims to have known the source of the grenade. 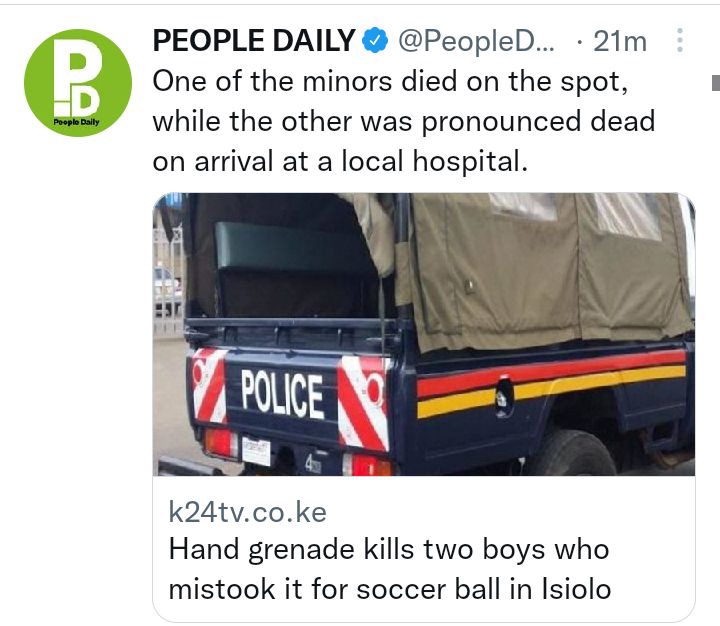 Another vehicle believed to have been carrying more dangerous weapons managed to escape the scene untroubled. The grenade could have been dropped by the criminals during the incident. On 21st of February, police recovered two hand grenades, 128 rounds of amunitions and an AK_47 firearm. Three suspects were arrested in connection with the incidence. This happens as children are exposed to dangerous gadgets as they play with their peers. Parents should take care of their children as they participate in particular games while the government should arrest the culprits behind the grenade.