By youngniggar (self media writer) | 25 days ago 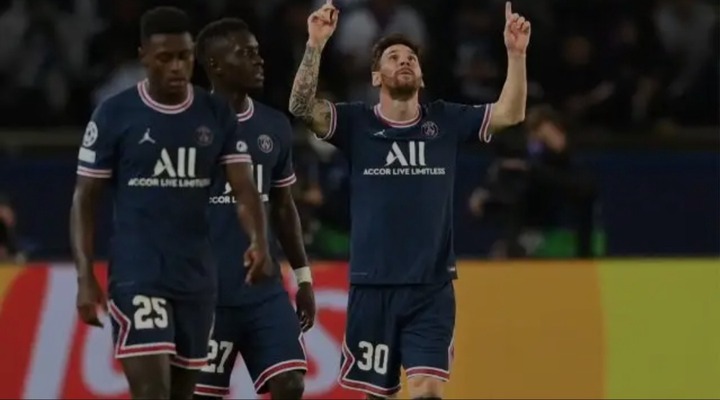 Lionel Messi showed why Paris Saint-Germain went all way out to sign him earlier this season. In the the 73rd minute of last night's Champions League match against Manchester City, Messi portrayed a picture perfect one two with Kylian Mbappe and then finished his first goal as a member of PSG.

As City pushed for an equaliser, Messi found himself with a great deal of open space and aggressively run towards the box. He used Mbappe at the edge of the box for the kind of tricky little wall pass that we have all seen him do a million times at Barcelona and Mbappe tapped it right back to Messi for his first goal in the club.

Messi's goal gave the club a 2-0 lead late in the second half and they were able to be victorious over Manchester City.

This marked the fourth match that superstar has appeared in as a member of PSG. After his astonishing summer move from Barcelona, Messi made his PSG debut against Reims on August, 29 when he came off the bench. However, since then he has been dealing with a knee injury that caused the six time Ballon d'Or winner to miss PSG's last two Ligue 1 matches. However, the Argentine star managed to get fit in time to make the start in last night match and made quite an impact.

Last night's victory was a monumental one after PSG did not exactly have the start to the Champions League season that they expected. PSG played to a 1-1 draw in its opening Champions League match against Club Brugge earlier this month. The win puts them in a good shape to advance from Group A, though it is still early with only two matches played and four to go. So far the player has shown his potential by making the club victorious.

Content created and supplied by: youngniggar (via Opera News )