How Njugush Became A Millionaire Despite Being Poor

By Emilylunyasi (self media writer) | 10 days ago Njugush is a Kenyan comedian whose real name is Timothy Kimani.He studied journalism in Kenya Institute of Mass Communication where he met his wife Celestine popularly known as Wakavinye.They are both comedians.

He states that his success has been majorly contributed by his wife Wakavinye who loved him ever since they were in college.He acknowledges Wakavinye for her love and loyalty to him.She loved him when he had nothing and made him who he is now.It is Wakavinye who negotiates for his payments and she is his manager.

Timothy started his career life by being an actor in the Real House helps Of Kawangware TV program where he worked for some time before he exited and started his own shows.He is used by several brands to do marketing besides being a comedian a platform that he earns much from.

Despite being an actor and a comedian,Njugush is also an MC,he also earns much from his YouTube channel.The comedian has made a lot of wealth by being a media influencer and a content creator which has earned him alot.He started from a poor background whereby his father was a Reverend while his mother a business woman. 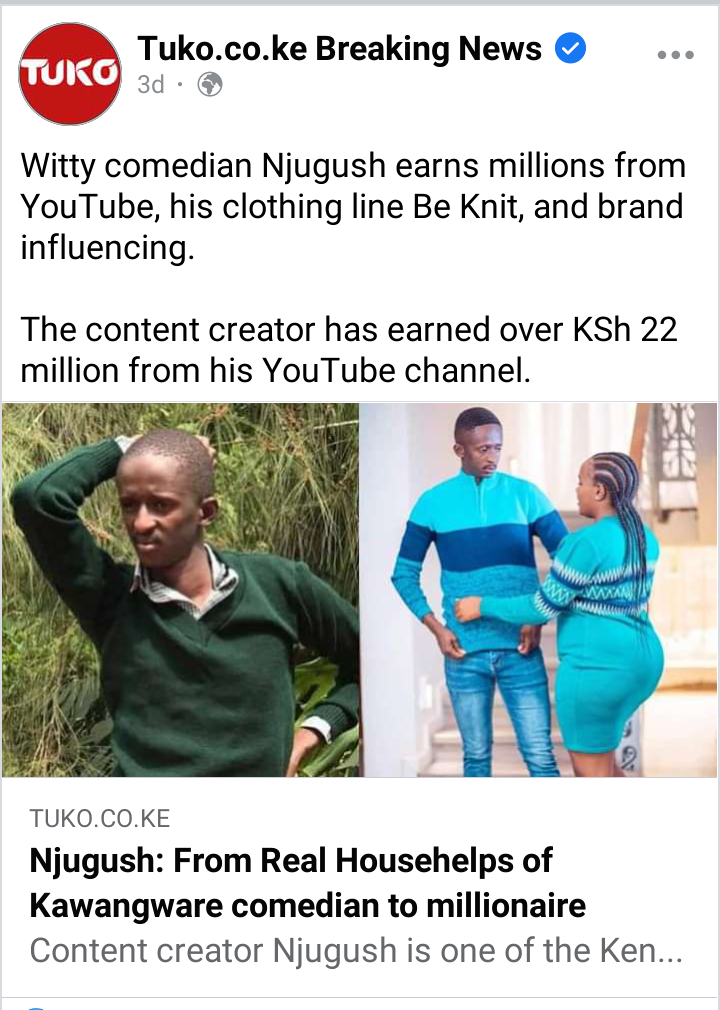 Njugush family was poor such that they struggled during their childhood,they could not afford to meet their needs but the comedian did not give up in life and now he is successful owning several properties. 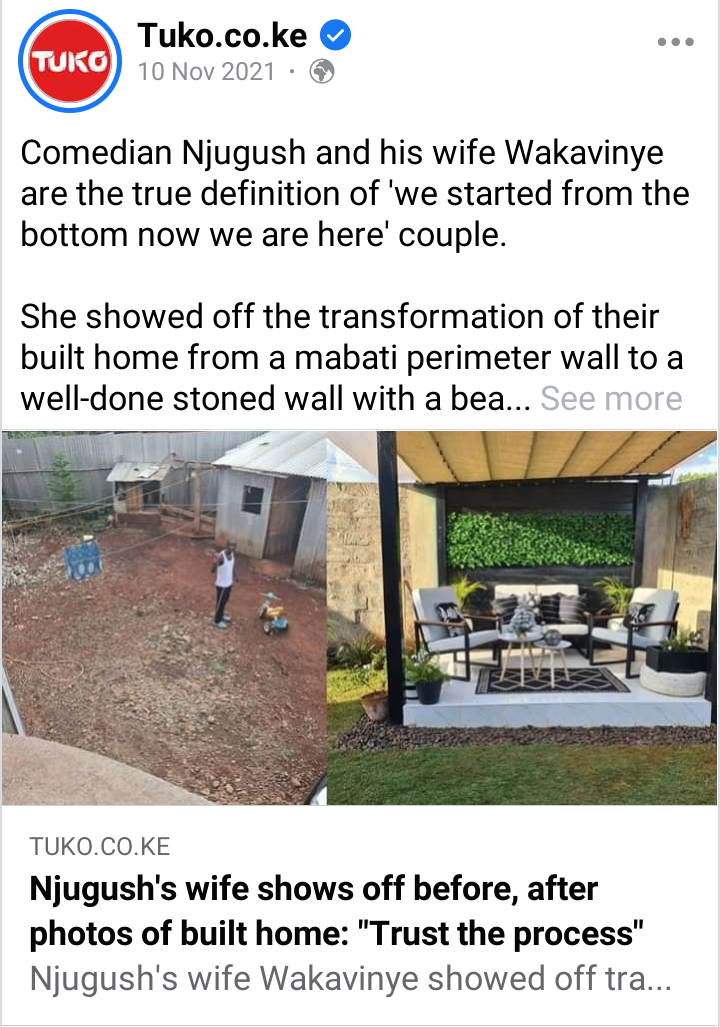 Akothee Pens Emotional Message To Celebrate Daughter On Her Graduation