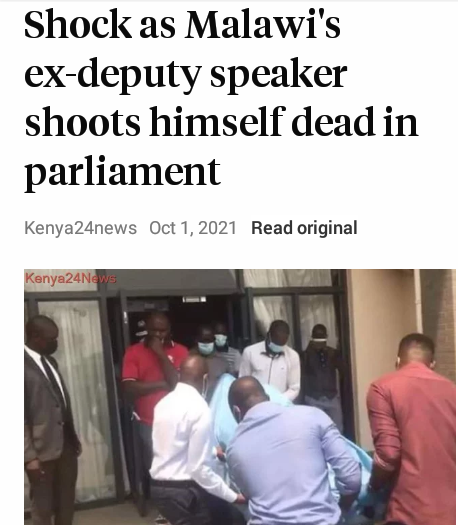 You wonder what can force a human being to kill himself even if how tough and hard situation it is. Sometimes we need to value our life most than anything else. 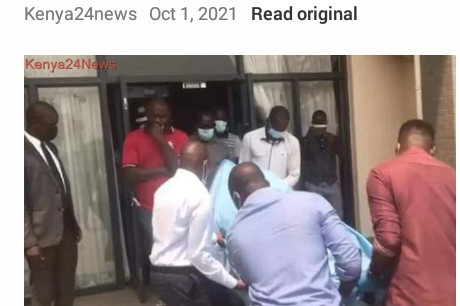 A Malawi former deputy speaker had shoot himself dead inside the Parliament on thursday which has left many in astonished nature.

Clement Chiwaya a former deputy speaker had shoot himself dead over some alleged frustrations in implementation of his benefits his vehicle being not well responded by the national assembly.

Report reveals that Chiwaya who was 50-years old had served the malawi's government from 2014 upto 2019. Actually that was a period of five years.

In statement, malawi's Parliament reveals that chiwaya had been entitled to some benefits including a provision that he would own his own vehicle by the time he would leaving the office.

Despite that he acquired that opportunity, but his vehicle along the years had been involved in an accident which made him to bring the matter in the Parliament for the compensation.

His case was strongly determined by Ombadsman in his favour consequently ordered Parliament to buy chiwaya a new vehicle and make it good according to his needs.

Instead, ombadsman's order was turned down aftee the commercial court set it aside. This act of the court, resulted the action of chiwaya being shooting himself dead.

Content created and supplied by: @robyy (via Opera News )