By Dallasnews (self media writer) | 11 days ago 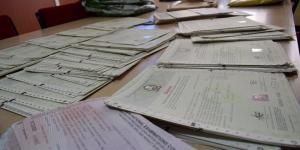 Wycliff Thirikwa's decision to change his name cost him eight years after the Kenya National Examinations Council (KNEC) declined to release his certificate.

Due to the disparities in the name, the Kenya National Examination Council (KNEC) withheld his results, stating that the candidate should have used similar names, as is the requirement.

After six years of failed negotiations with KNEC, Thirikwa decided to lodge a complaint with the Commission on Administrative Justice, stating that he changed his name due to family differences.

In a statement released by the Commission on October 4, 2021, the office of the Ombudsman confirmed that the candidate filed the complaint with the office in March 2018.

Upon receiving his complaint, the office of the Ombudsman investigated the matter with KNEC.

Despite their intervention, KNEC was hesitant to release the certificate stating that the change in the name was against the rules of the council.

"The Council in its response to the Commission on April 5, 2018, stated that the KCSE regulations require candidates to register for the examination using their KCPE certificates and not a birth certificate," the Ombudsman stated.

However, through the powers bestowed on the commission by the Access to Information Act, 2016, the Commission ordered KNEC to release the certificate.

"The recommendations of the Commission were that the KNEC without delay issue to Mr. Thirikwa his 2012 KCSE Certificate as duly registered for under the names Wycliffe Thirikwa Waithera," stated the Ombudsman.

In a letter dated September 15, 2021, KNEC finally bowed to pressure and agreed to release Thirikwa's certificate, noting that the council would print the certificate in three months.