By Kipsangke (self media writer) | 1 month ago

Wrangles between Moses Kuria and UDA party continue after it emerged that UDA challenged Kuria decision to field his candidate in Kiagu by election alongside UDA Party candidate but UDA challenged the decision. 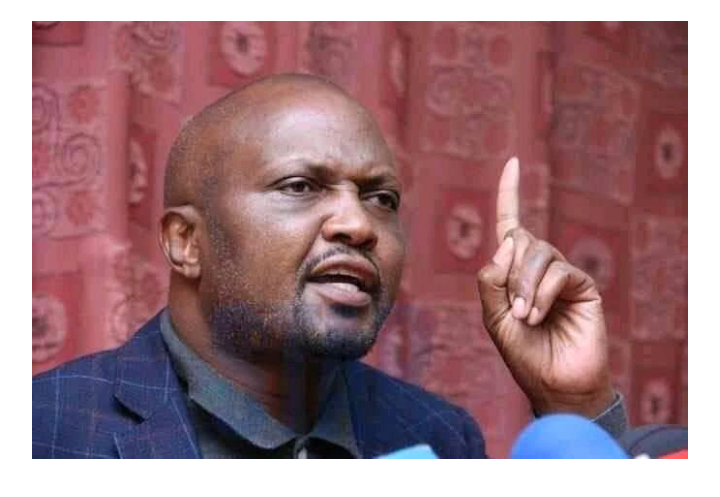 In response the leader of people empowerment party and Gatundu South member of parliament Hon Moses Kuria reacted angrily after IEBC disqualified Chama cha Kazi candidate Milton Mwenda in Kiegu by-election due to a successful petition by South Imenti UDA coordinator Salesio Mituma Thuranira. After the decision the party has been asked to come up with a replacement for the position left vacant. However, Moses has stated that they will challenge the decision in the high court tomorrow. 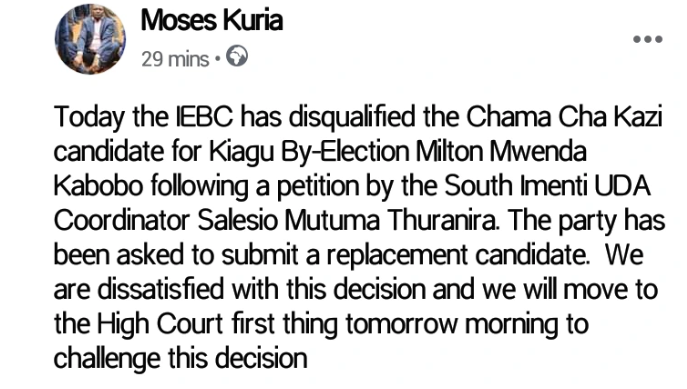 The wrangles between UDA Party and Moses Kuria has been going on for sometimes. It's in record that during both Kiambaa and Juja by-elections Moses Kuria party had failed to agree on one candidate to field which led to intervention of DP William Ruto in order to bring things to normal. It's also in public domain that Moses Kuria has refused to break his party to fully join UDA Party claiming that they have learnt alot from Jubilee Party.