Form three student stubbed to death over a memory card

By DavisKe (self media writer) | 17 days ago

Two families are mourning the loss of their loved ones after their relatives were killed in separate events over memory card demands.

A 21-year-old guy simply identified as Owino was hacked to death with a machete by one George Oduori when he went to demand his memory card back in one of the terrible events that occurred last week in Busia county.

Oduori was so furious that he killed Owino on the spot and buried his body in a shallow grave on his land in the dead of night.

Unbeknownst to the deceased, Oduori had become so fixated with the contents of the memory card that he couldn't bear the thought of parting with it, preferring instead to murder its owner.

When Owino went to Oduori's compound at 9 p.m. on that fateful night to demand the small storage device, an enraged Oduori attacked him, killing him in a pool of blood. 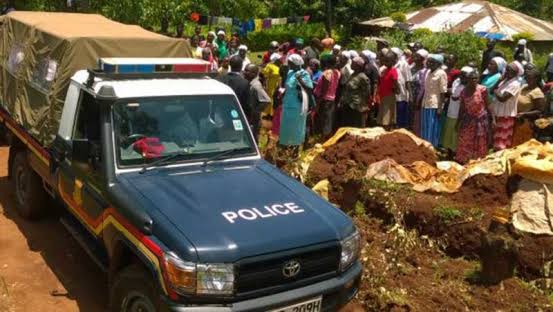 Elsewhere a family in Nairobi's Huruma neighborhood is mourning the terrible murder of their school-aged son, who was stabbed to death by a buddy last night when he (dead) sought his memory card.the Form three student at Huruma's Brainiac Secondary School received two stabs to the skull and a third to the chest when his assailant, who refused to return the storage device but instead pulled a knife and assaulted him.

Members of the public discovered the 19-year-old groaning in great pain, completely drenched in blood, and brought him to a local hospital, where he succumbed to his injuries.The manhunt for the assailant who fled the scene of the crime is still going on.