Kiengei Stirs Internet With A Post Insinuating Ex-wife is A 'Homewrecker', A Day After She's Engaged

By Chitchaudakuzone (self meida writer) | 11 days 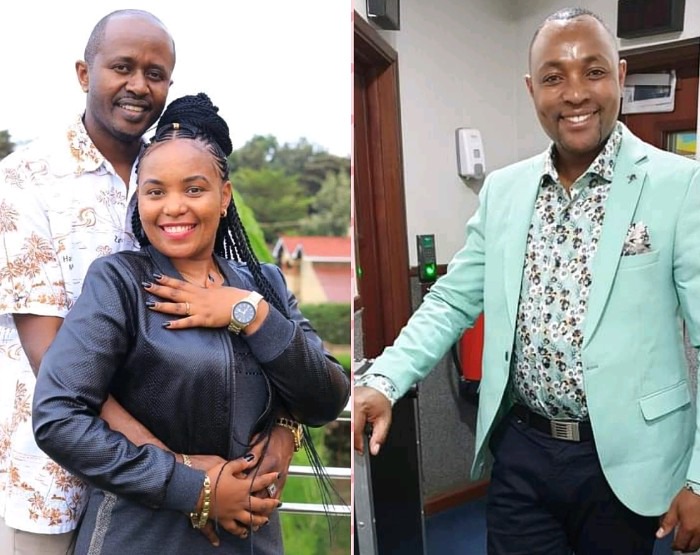 The Online storm appeared to kicked off with a single post where he disclosed few details about his divorce with his ex-wife. 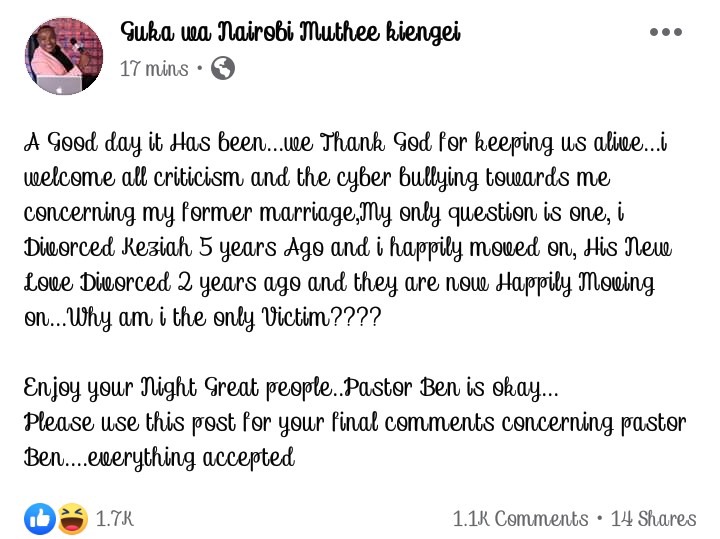 "I welcome all the criticism and the cyberbullying towards me concerning my former marriage.My only question is,i divorced Keziah 5 years ago and i happily moved on.Her new lover divorced 2 years ago and they are now happily moving on.Why am i the only victim?"

His post touched a nerve on a section of social media users,especially his ex-wife's fans,who questioned why he would reveal Keziah's new man's,George past life saying he was a 'divorcee'.

"What are you justfying now by revealing this information about Keziah's new man?"

However,his fans bashed Kiengei after he reposted a comment from one of his fan as a reference to his point insinuating that his ex-wife was a 'home-wrecker'. 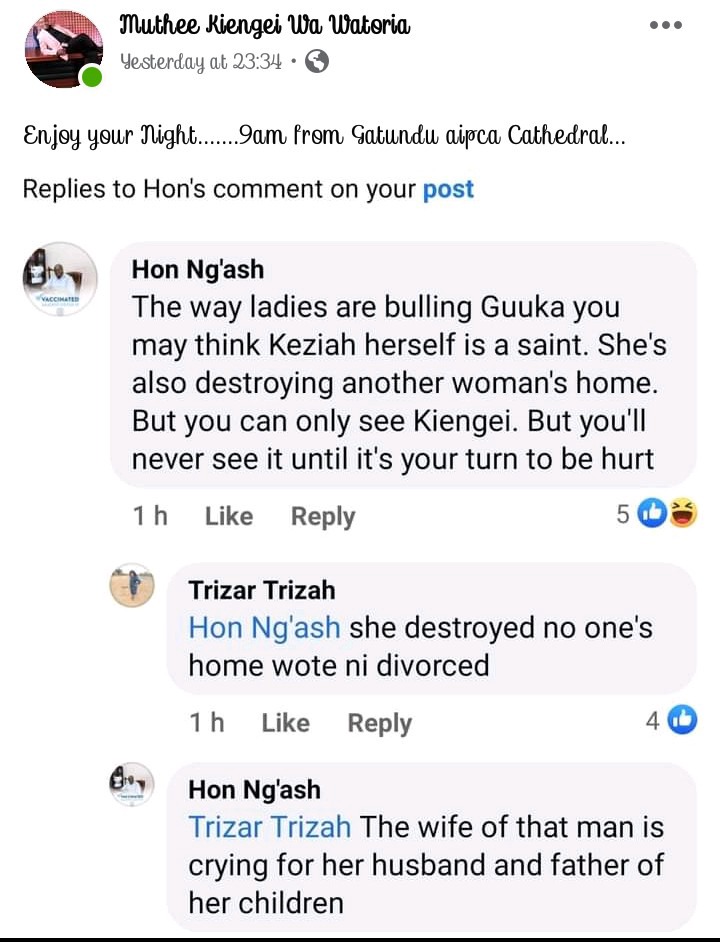 This stirred rage and anger from his fans who streamed on his post to express their anger and concern.

A section of the online users suggested that sharing his ex-wife's lover past on his posts was a ploy to tarnish his ex-wife's name on the social media. 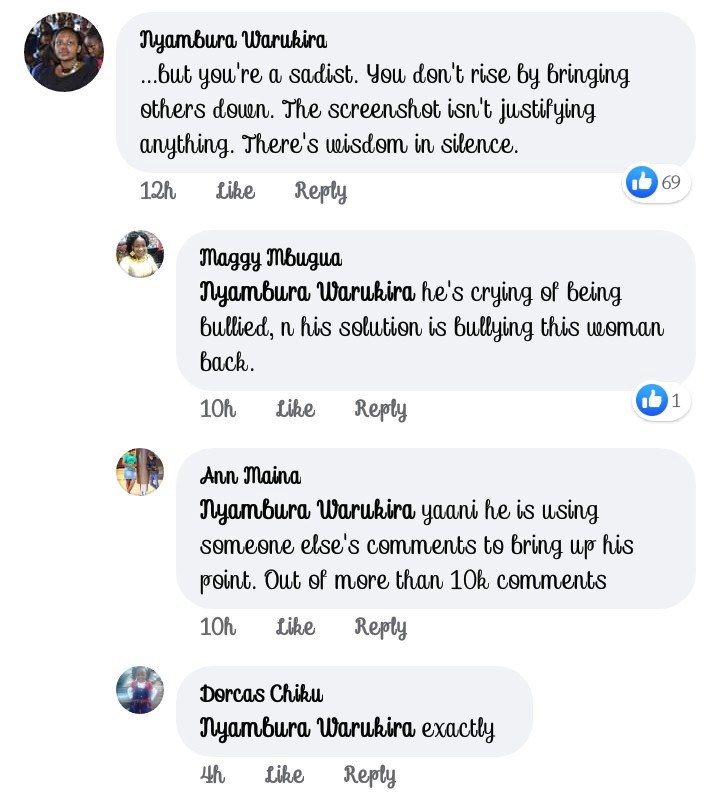 Others went to an extent of saying that the kikuyu comedian was "not over" his ex-wife despite him saying he had happily moved on.

Some of Keziah's fans pulled out Kiengei's current wife,Joyceline,throwback pictures and posts from her social media account implying that she was also a 'divorcee'. 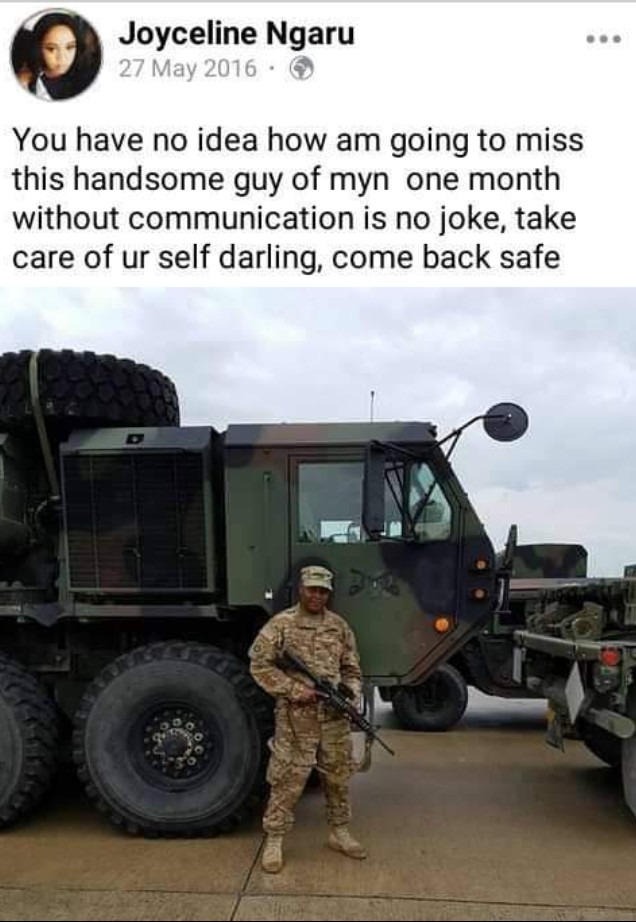 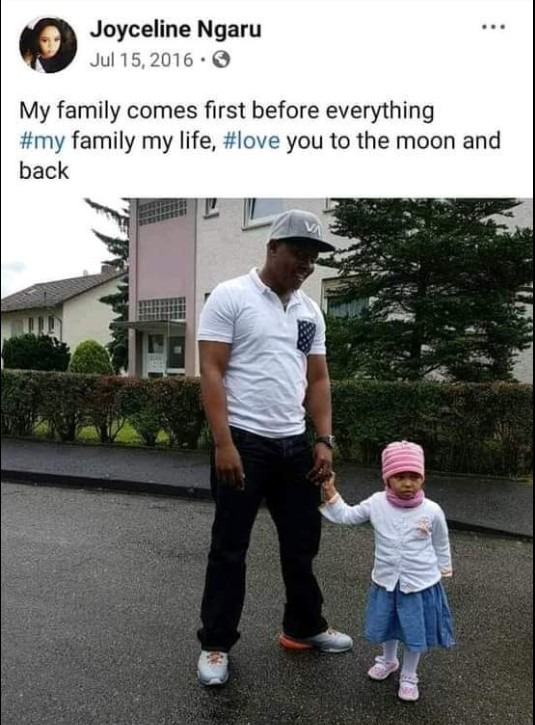 According to his social media bio, Keziah's fiancee identified as George Wanyoike lives in Birmingham,Alabama in USA. 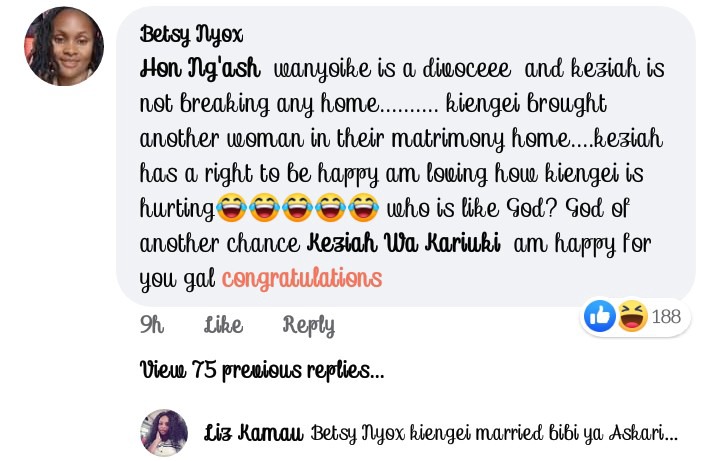 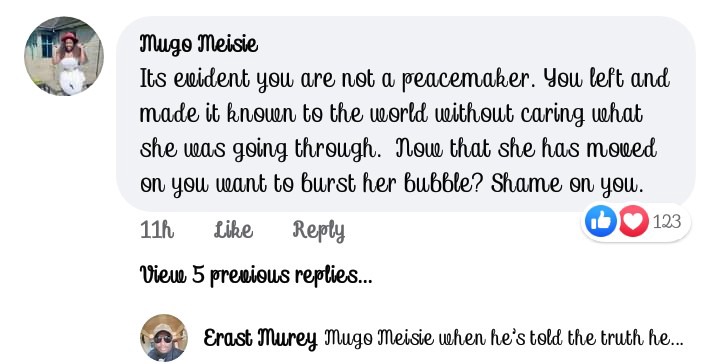 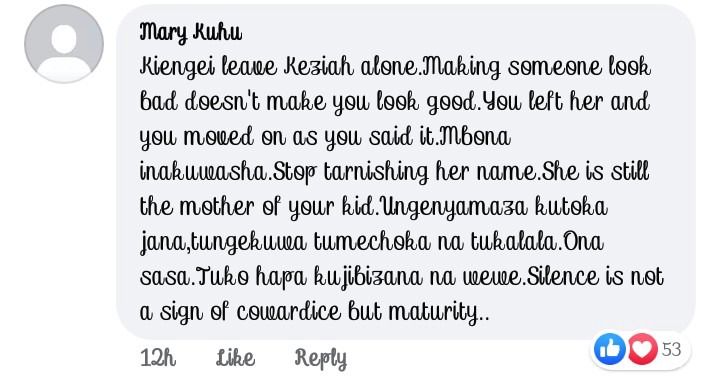 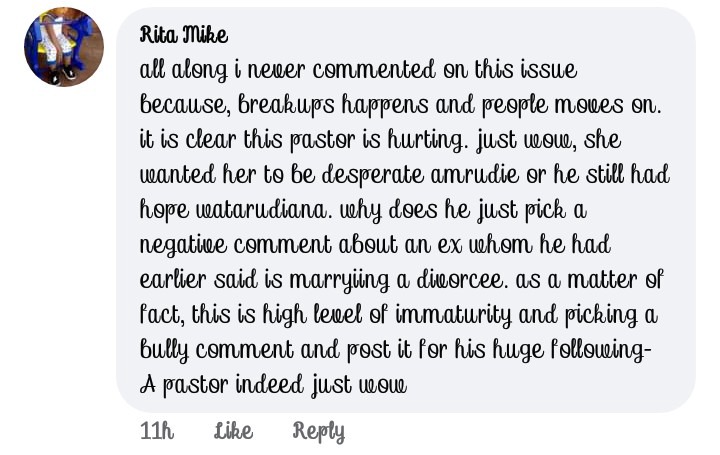