By Inside_Teller (self meida writer) | 12 days 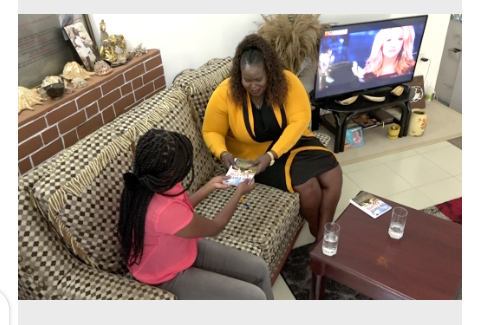 Kenya guarantees freedom of worship under the 2010 constitution and therefore anyone can chose where to worship. However, this freedom is limited to those who only believe in God and restricted to Atheists. The National Anthem recognizes Kenya as a God fearing country.

In this regard, there are also some churches in the country which worship God but they are a threat to some other key rights for human survival. A strong debate has been ongoing whether such religions should be allowed to continue thriving. For example, there are some Churches which do not believe in going to hospital when one gets sick. They believe in herbal medicine and prayers.

Anne Ndung'u has narrated an emotional story how she was raised up in such a controversial religion. According to Anne, her parents were strict followers of this church that never allowed one to go to hospital. The religion also prohibited the use of fertilizer when farming and also the use of toothpaste. She narrates about painful moments that she undergone, some that nearly took her dear life.

At one instance, she suffered intensive bleeding from her genitals but the sad thing is that she could not be taken to hospital. Her parents sought all the herbal cure but nothing seemed to work. They also had a strong belief that prayers could help. The situation worsened until at one time when a relative intervened and she was taken to hospital. She had lost huge amounts of blood to a level that she was admitted in the emergency ward where she had to be transfused with blood.

Another instance is when she heard an aching tooth which was painfully removed with a hammer just because she could not be taken to hospital. She recalls some of these painful moments that she had to go through because of her parents believes. She has confessed to have belonged to one of the most stubborn cults in the world.

After she grew to age, she was now able to make decisive choices and she had to change that religion. She has authored a book called THE FAITH THAT KILLETH. During this Easter, she has requested all people to be keen with their religion. Watch video.