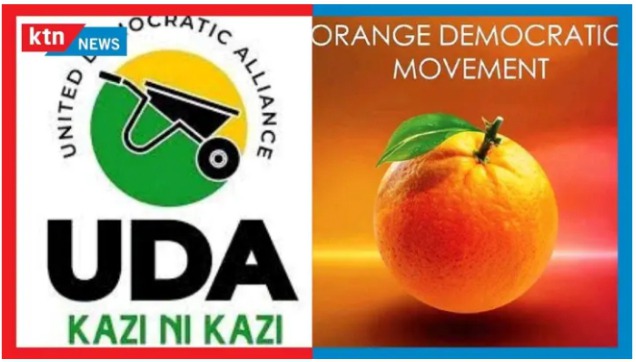 All media outlets have made the general election on August 9 a hot topic, which led them to conduct nationwide polls on different political ideologies ahead of election to determine potential winners in the contests for president, governor, senator, women's representative, and other positions.

In order to determine public support for various candidates before to the voting day, Mizani Africa Limited conducted a poll survey in the county of Vihiga from June 17 to June 20.

The results of the poll showed that Wilber Ottichillo of the ODM Party will defeated Kijana Alfred Agoi by a margin of 42.9 percent to 24.8 percent, would have retained his post as governor of Vihiga county. Former governor and minister Rev. Moses Akaranga is in third place with 13.0 percent. 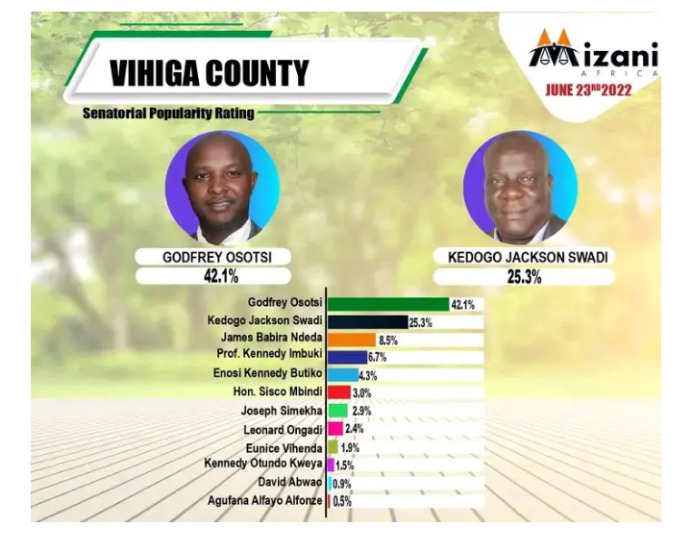 Between ANC Party Candidate Kedogo Jackson and ODM Candidate, nominated MP Godfrey Osotsi, there may be a close contest for the senate seat. Osotsi jumps out to an early lead with 42.1 percent of the vote , followed by Jackson at 25.3 percent of vote and Babira James will achieved 8.5 percent and came in third. 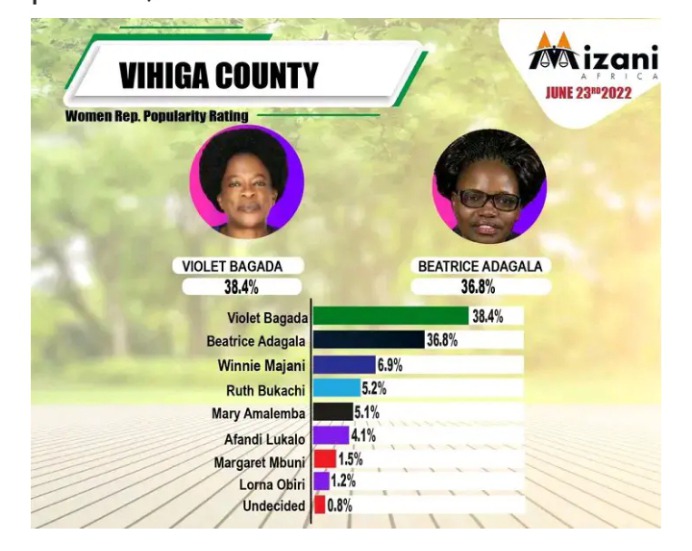 Because there are so many powerful women competing against one another, the race for women's representatives is very competitive. Violet Bagada, the standout with 38.4 percent of the vote while plBeatrice Adagala in second place with 36.8 percent of vote.