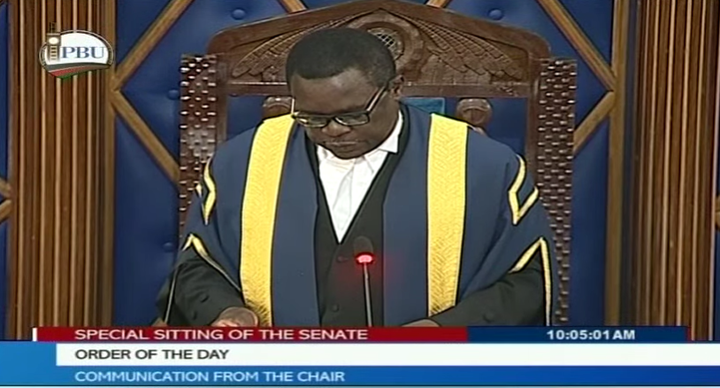 Senate speaker Kenneth Lusaka has suspended the afternoon session of the Senate that was aimed at officially starting the debate on the controversial Building Bridges Initiative report.

This follows details that Meru county senator Mithika Linturi had been arrested on his way to Parliament buildings according to Kericho county senator Aaron Cheruiyot.

"I want to bring to your attention something that has just happened which will perhaps require your direction and guidance. I received a distress call from one of our colleagues, Sen. Mithika Linturi. If you do recall in the morning, he raised a point of order on his reading and his understanding of Article 257 and you did promise that we first dispense with the earlier matter then we respond to it,"part of disclosure by Senator Aaron Cheruiyot. 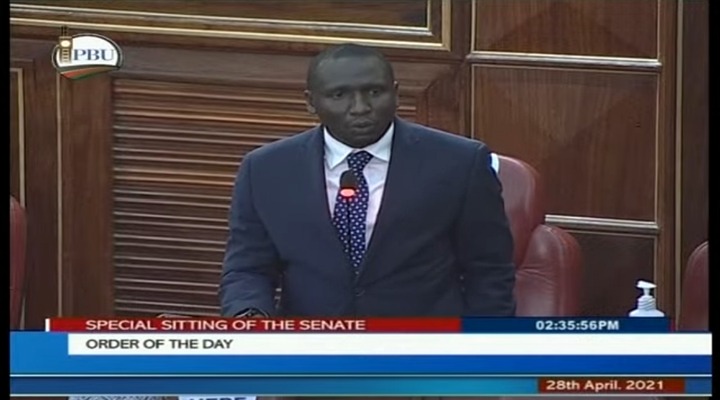 "This afternoon, on his way to Parliament, he was stopped by a gentleman who claimed to be police officers from the DCI. They asked him to alight from his car and is now in a car, saying he's heading to DCI headquarters." senator Aaron Cheruiyot.

Senators had threatened to halt the Wednesday afternoon session saying that it was very wrong for the government to allegedly try and gag the senate proceedings with an aim of selling their own agenda.

Siaya county senator James Orengo is among those who were supporting the speaker to rule against continuity of the session yet one of them could have been in trouble.

"We must stand and speak with one voice as a Senate that if indeed our colleague has been apprehended in line of duty, then as a Senate we must protest.Some of us will not participate in the debate this afternoon until it is explained to us, what is happening to our colleague."Senator George Khaniri