By Jackiijerop (self media writer) | 28 days ago 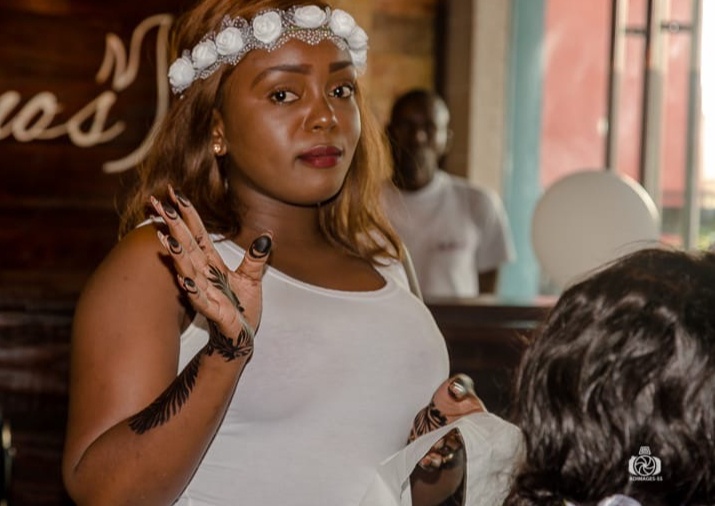 Monica Kimani, a businesswoman, was assassinated in a cold-blooded murder in the Kilimani neighborhood in 2018. The murder investigation is still underway, with Joseph Irungu alias Jowie as the main suspect. Jowie is free after serving two years in prison after being released on bail.

A wierd text message sent to a witness in the murder case against Joseph Irungu, alias Jowie, and journalist Jacque Maribe has raised questions.

On Tuesday during the ongoing murder trial of businesswoman Monica Kimani, Antony Kariuki, a businessman, told the court Monica was his friend

However, he revealed that she had sent him a weird text message at 11 pm on the date she is said to have been murdered, saying "come help me sleep".

“I found the message weird since my relationship with her had not moved to that level but I responded that I would go the following day,” Kariuki told the court. 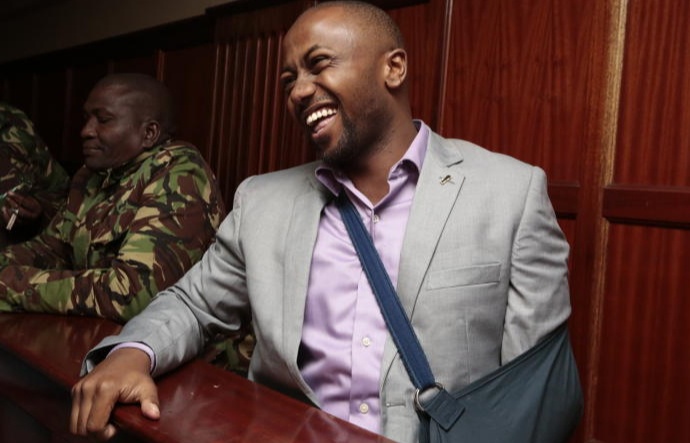 While being led by prosecution counsel Catherine Mwaniki, Kariuki said he had met with Monica on September 19, 2018, in the evening at around 9.20 pm. He said he drove his car to Lamuria Gardens to meet her.

Kariuki was testifying in a case in which Jowie and Maribe are charged with the murder of Monica in 2018.

He told Justice Grace Nzioka that he first met the deceased in Nyeri at a dowry ceremony for his friend Willis on August 25, 2018.

“It was my first time to see Monica and it was Willis who introduced me to her. They were working together in South Sudan,” he said.

"We talked and after the event, we went to have drinks in Juja town along Thika road where there were other people."

He testified that at that point, they exchanged numbers and talked frequently with Monica. He had her South Sudan and Kenyan phone numbers.

Kariuki and Monica met again at her residence Lamuria Gardens some weeks after their first meeting. He said she gave him directions to her place.

The court heard they wanted to discuss business opportunities in South Sudan as Monica had told him that she ran a family business there. 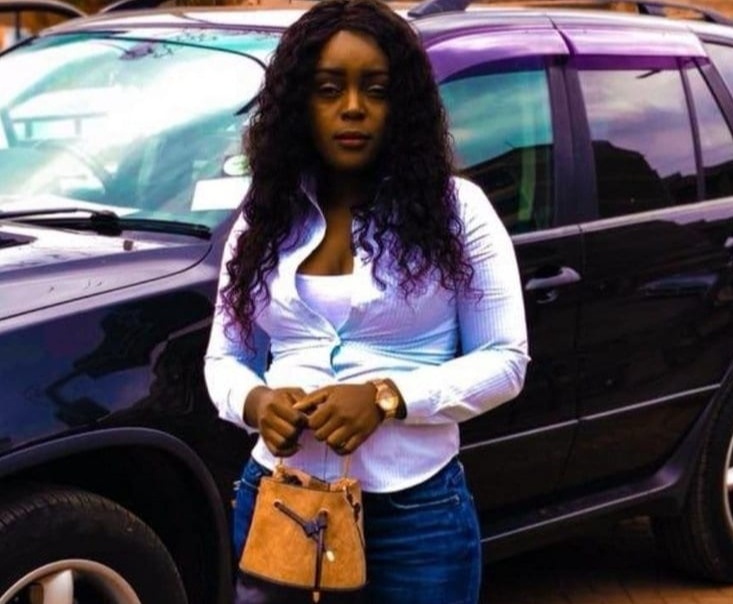 “I used my car. I proceeded with my entry at around 2pm. I entered the compound. She came down and we went to the 3rd floor of the house. [She] gave me a glass of juice. We talked about business issues. I then left. I took 45 minutes with her."

On September 19, 2018, at around 9.20pm, the witness drove to Lamuria Gardens to see Monica. He parked in the compound.

“This was the second time and I was not asked for identification cards as I had given out the first time and I told them I was not taking long. Monica came down to where I had parked, hugged me and told me she was in a hurry with two visitors in her house, a Lebanese and a security guard from State House,” Kariuki said.

He then left and headed straight to his place. He said at around 11pm, she sent him a message, "come and help me sleep", to which he responded, “I will come tomorrow.”

He later tried calling or texting her three to four times on September 20, 2018, without any success as the mobile numbers were not going through and she was not responding to text messages.

“On September 21, 2018, I received a text from Willis saying that Monica is no more. I enquired what happened and I was informed that she was murdered. I never attended the burial as I had other engagements in Sotik,” Kariuki said. 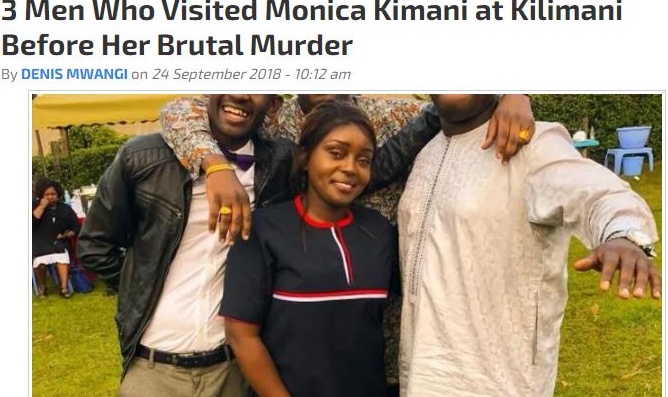 Kariuki said he lives in Kileleshwa, some 20 minutes drive from Monica's place.

On cross-examination by defence lawyer Hassan Nandwa, the witness denied having been Monica's boyfriend.

He said Monica was his friend, adding that she had told him that she would be going to Sudan and Dubai the following week before she died.

When asked how close they were, Kariuki said that at one time Monica asked him for food and not Willis who introduced him to her because Willis was in South Sudan and "I sent her".

The prosecution said 15 witnesses have already testified and only 10 are remaining to conclude the case.

The two have denied the charges in the case and are out on bond.

Monica Kimani's father, Paul Ngarama, denies that his daughter is married to former warlord and South Sudanese politician Daniel Awet Akot, but says that the politician is "extremely close" to the family.

Close relatives and acquaintances said that Ms Kimani was married to Mr Akot and that the family's circumstances had improved over the past three years as a result of this association. On the night of September 19, Ms Kimani was killed by having her throat cut in the bathtub of her Kilimani flat.

Celebrity news anchor Jacque Maribe, her boyfriend Joseph Irungu and a neighbour, Mr Brian Kassaine, have been arrested in connection with the killing. Police are still trying to figure out the motive.

Mr Ngarama, who was a newspaper vendor in Juba in 2013, said Mr Akot, who rose to the rank of Lieutenant-General in the Sudan People’s Liberation Army and is a war veteran, helped him establish numerous churches in Rumbek, Juba and other parts of South Sudan.

Sources had claimed to the Daily Nation that Mr Ngarama moved to South Sudan in 2007 to sell Kenyan newspapers, and that soon he became well known among the Kenyan community in the country.

“He used to also deliver newspapers on a bicycle, was very friendly and lived an ordinary life,” said a man who knew the family but asked not to be named to speak freely.

He said Mr Ngarama later moved to Rumbek and became close to the then Bahr el Ghazal Governor, Mr Awet Akot, who developed trust in him.

In 2013, the source said, just a year after Ms Kimani graduated from the Kenya Polytechnic, Mr Ngarama invited her to Rumbek, where she got a job in the Governor’s office. 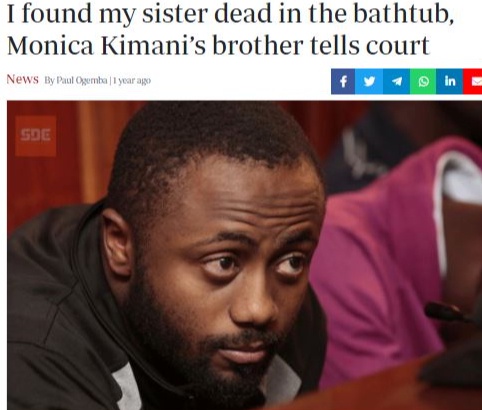 “The governor liked her so much that she was always accompanying him and she rose through the ranks in his office.

“Meanwhile, Mr Ngarama established the Rebuilding Apostolic Faith Mission Church, and opened branch after another with the help of the governor,” he said. The church currently has branches across East Africa.

Mr Akot, according to an online profile, got military training both in South Sudan and the United States.

Mr John Garang, his friend and age-mate, appointed him one of the 11 alternate members of the SPLA Political-Military High Command, making him one of the most powerful military commanders.

When Lt-Gen (rtd) Akot became the Deputy Speaker in the National Legislative Assembly of South Sudan, he moved to Juba with his family. He also moved with Ms Kimani who, at the time, was not working in his office. Ms Kimani expanded the family business in Juba.

“The family business dealt with courier services between Kenya and Sudan but Monica started stocking the premises with beauty products, especially from Kenya and Uganda.

“Gradually, the business grew and then she started her own interior design business in 2017 and won contracts from government offices and other private organisations with the help of Mr Akot’s connections,” the family friend revealed.

Within just two years, Ms Kimani had bought properties in Nairobi, Ruiru and Syokimau. She also bought her mother a car and had already ordered one for her father.