Eric Omondi Shows Off His Palatial Home As Jalang'o Reacts

By Protichsingoe (self media writer) | 26 days ago

Kenyan comedian Eric Omondi is one of the most successful comedians in Kenya. He is a household name and a darling to many in the comedy world. He is known to be a jack of all trades an emcee, a Radio presenter, a TV Personality, and to sum up a Local and International comedian.

With his massive success came a lot of attention, with every media outlet and Kenyans wanting a piece of him. 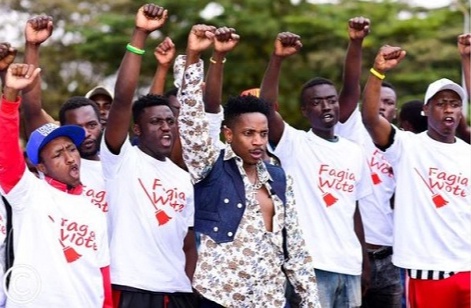 Eric Omondi is a high-ranking Kenyan celebrity with a profound career as a comedian.

Eric first became famous through Churchill Show, top comedy central in Kenya's laugh industry. For the record, Eric is capable of going to any heights to please his fans.

For instance, Eric often flexes his slender muscles which are his main stake in comedy. Eric Omondi left Churchill to focus on his own career through Hawayuni show that was regularly aired by KTN. 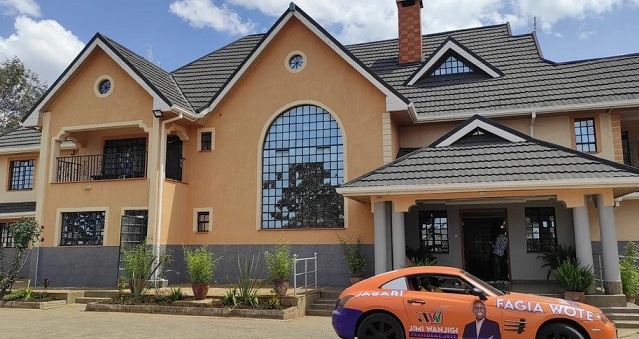 All the controversies aside, it is no doubt that Eric Omondi has reached the pinnacle of success in his journey as a comedian.

In a career spanning 14 years, the comic has managed to create a name for himself not only in Kenya but beyond Africa.

His success is emblematized by the wealth he has been able to amass throughout his career. On Thursday, the comedian flaunted his two-story residence based in upmarket Karen, Nairobi.

According to him, the land on which the posh house sits was acquired at KSh 69 million.

According to the statistics from Youtubers, the comedian's net worth is estimated at hundreds of millions.

A sneak-peek into the 12-bedroomed house proved it possesses all the features befitting a posh setting. 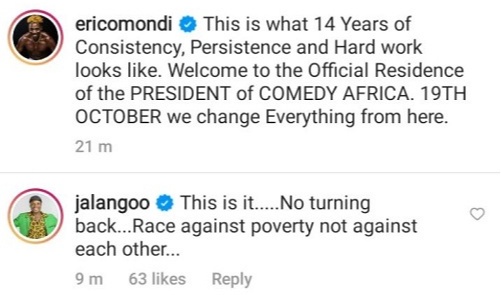 It has a high-end kitchen with top-class appliances, ace-installed home decor, fancy living rooms both downstairs and upstairs, an office, state-of-the-art ensuites, among the many other amenities that define a luxury house.

Seen in the exterior is a swimming pool and resting area equipped with parasol-like umbrella shades. Also in the vicinity is a garage which is seen harboring a fleet of the comedian's rides.

Eric Omondi explains why he moved to Karen 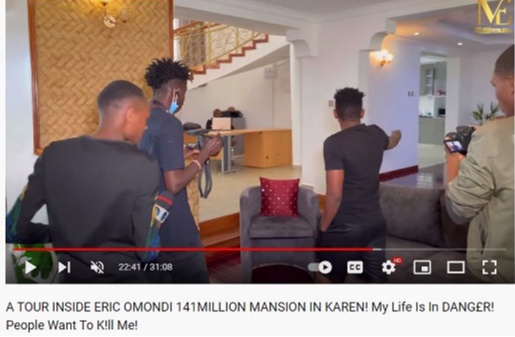 The comedian said he changed his location after unknown people sent him threats owing to his recent move to back businessman Jimmy Wanjigi in his presidential bid.

He said his new location was secure, adding he was ready to invest more in the setting's security.

"I have recently received threats. There is something I'm pursuing and thus I have to be in a secure place. I will be installing an electric fence all around," he said.

This is not the only home he has bought. Last year, Omondi launched his studios from where he would run the operations of Big Tyme Entertainment, his firm. 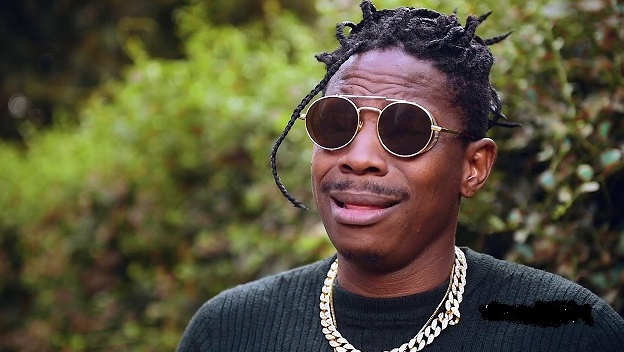 Award-winning comedian Eric Omondi is seemingly not done with their public chapter of petty beef with internet personality Andrew Kibe after these new claims.

While this may however be their regular and quickest way of earning clout, fans are still invested after Omondi claimed that Kibe is being kept by a 57-year-old lady in the US only identified as Judith. 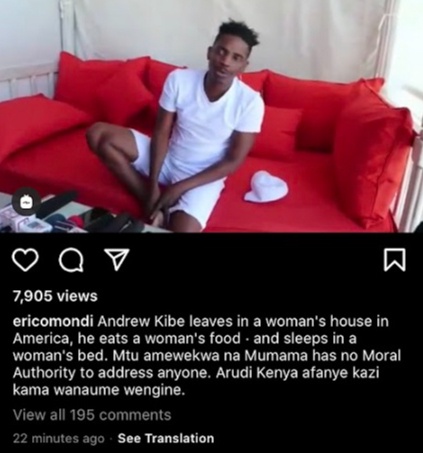 Adding a little spice to his allegations, Omondi contends that Kibe has been relying on the said lady for everything, from food to shelter and he, therefore, has no moral authority to address anyone.

The whole snag started when Kibe faulted Omondi for cross-dressing saying his message would still be heard even without doing all that and Omondi was quick to rebuff the claims. 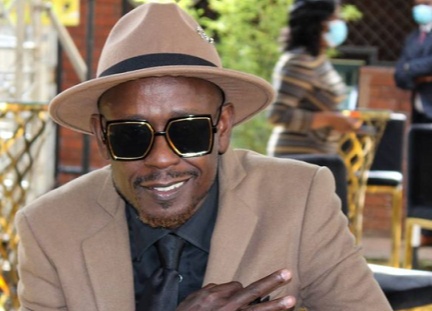 A few weeks ago some artists were mad at Eric Omondi after he endorsed flamboyant politician Jimmy Wanjigi for presidency next year.

Eric posted a video urging the youth to vote wisely and elect people who are youths to represent them in Parliament and the Senate. For the top seat, he backed ODM candidate Jimmy Wanjigi.

Singer Frasha said youths need to stand with those who have serious youth interests at heart.

The day Eric Omondi was the topic of discussion on Twitter 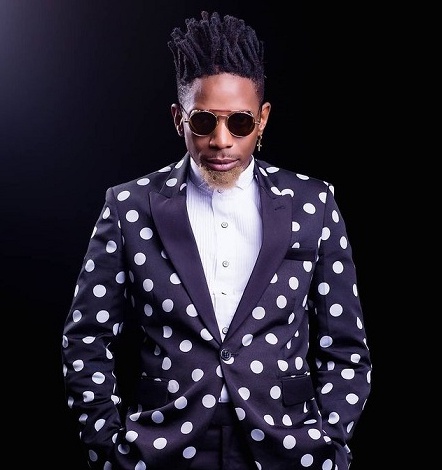 About three weeks ago, Kenyans on Twitter (KOT) shared their reactions after businessman Jimi Wanjigi was seen gifting comedian Eric Omondi with a high-end car.

In an undated video that has been shared on social media, Wanjigi, who’s announced his intent to succeed President Uhuru Kenyatta ahead of the country’s next general elections in 2022, is seen handing the popular comedian a Chrysler Crossfire. 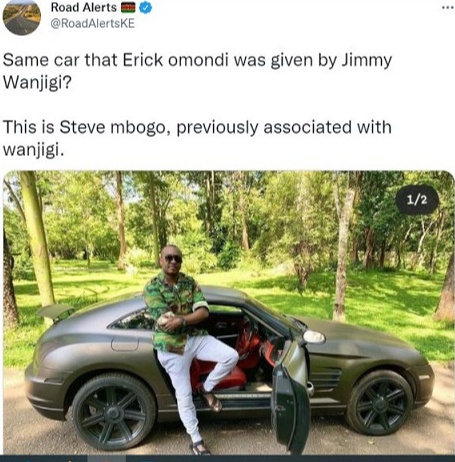 The vehicle is to assist Omondi in campaigning for Wanjigi’s presidential bid, via the Fagia Wote slogan.

Wanjigi gifted the comedian the car on the day he also accused the Orange Democratic Movement (ODM) party, in which he wishes to vie for the presidency, of attempting to handpick its presidential candidate other than using the required legal channels.