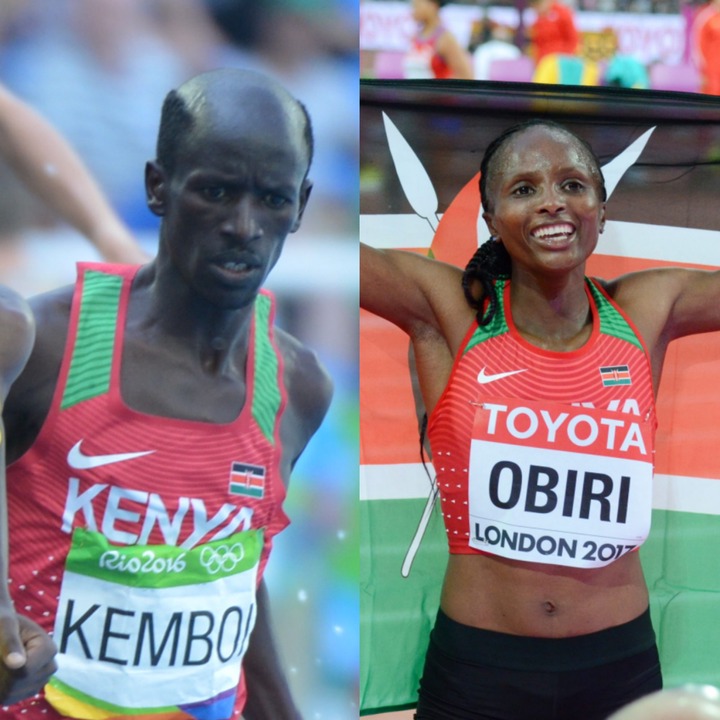 Milcah is a 3000 metres steeplechase specialist. She joined Kenya Police in 2005 way before she thought of becoming an athlete. In 2008, her husband encouraged her to run and that's when her career began.

Yego the "YouTube man" is the 2015 world champion and 2016 Olympics Games silver medalist in the javelin throw. He is the African and Commonwealth record holder in the event. He has a PB of 92.72 m.

Obiri serves at the Kenya Airfoce. After winning a silver medal at the 5000 metres race at the just concluded Tokyo Olympics Games, Obiri was promoted to the rank of a Senior Sergeant from seargent by the Chief of Defense Forces Robert Kibochi.

Timothy Cheruiyot is only 25 years old and he is a silver medalist at the Olympics Games. After his silver medal victory at the 1500 metres at the 2020 Tokyo Olympics, Timothy was ranked a rank higher from a Chief Inspector to a Senior Superintendent of Prisons (SSP). 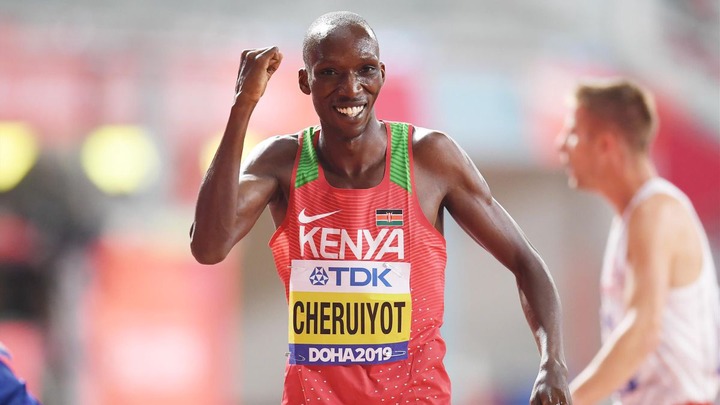