By Flexi.com (self meida writer) | 7 days 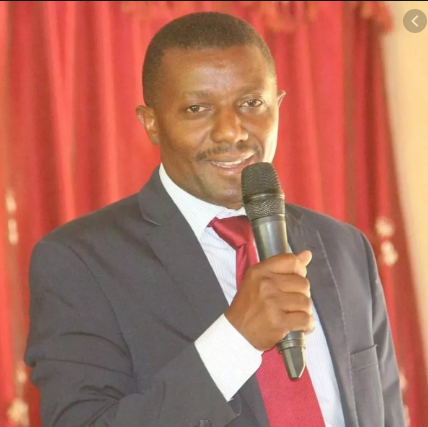 Daniel Maanzo Kitonga is the incumbent member of parliament representing Makueni constituency on a Wiper party ticket. He is among the young breed of parliamentarians in the 12th August House with impressive CV's and so much leadership potential. In this article, we take a look at his academic qualifications that propelled his successful work career that eventually landed him into politics. Maanzo sat for his Kenya Certificate of Secondary Education examinations at Starehe Boys’ Centre and his high score secured him a spot at the University of Nairobi to pursue a Bachelor of Laws degree. After graduating in 1998 he enrolled for a post-graduate diploma at the Kenya School of Law, a requirement for any law student to be admitted to the bar. 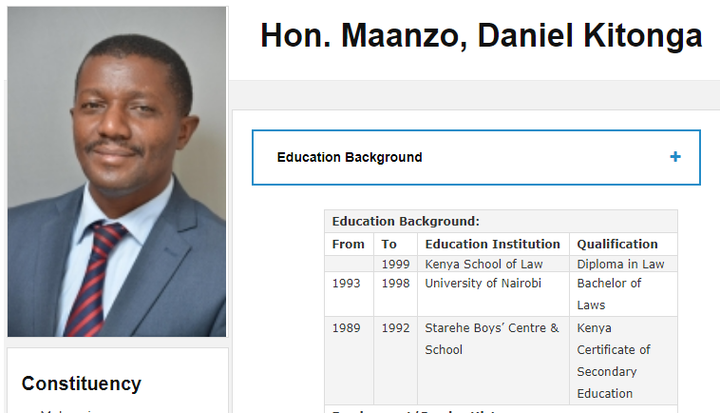 Maanzo started working as a pupilage at Pheroze Nowrojee & Company for a year and after graduating from the Kenya School of Law he became a lecturer at the Technical University of Kenya (TUK). In 2002, he rejoined Pheroze Nowrojee & Company as an Associate Advocate for a year before becoming a named partner at Sheth & Wathigo Advocates, a role he held three years. Later he became a Legal Advisor to Orange Democratic Movement Kenya (ODM-K) and became the first registered chairman of the party. 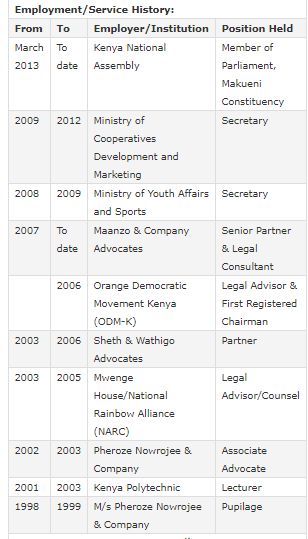 After several years of employment, Maanzo made a bold move in 2007 by registering his company Maanzo & Company Advocates becoming a Senior Partner & Legal Consultant. In addition, he served as a secretary in the Ministry of Youth Affairs and Sports from 2008 to 2009 as well as in the Ministry of Cooperatives Development and Marketing from 2009 to 2012. In 2013 he announced his entry into politics by becoming a member of parliament in his first attempt. 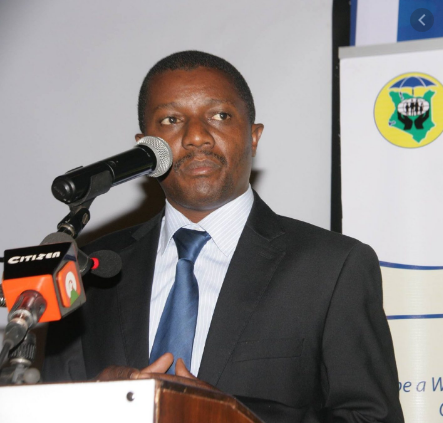 University And Collage Students Across The Country To Resume Face To Face Learning This Monday.

Schools In These Areas May Not Reopen Tommorow

Kenyans Urged By The Kenya National Examination Council To Ignore The Following News.

3-Reasons Why School Reopening May Not Last For Long Before They Are Closed Again.