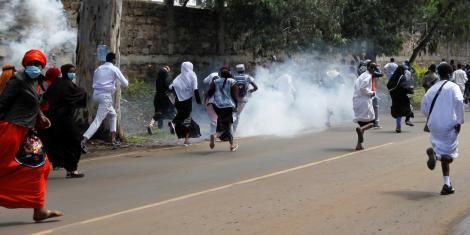 Chaos have erupted in Nairobi CBD after a police officer has shot to death a Bodaboda rider along Kirinyaga road. This incident has happened at Simba Coach area after the two had disagreements over a bribe the officer demanded from the Bodaboda rider.

The officer wanted 50 Bob bribe after the rider allegedly disregarded a traffic rule. They engaged in hot disagreements until the officer took out his firearm and shot the rider who died on the spot. 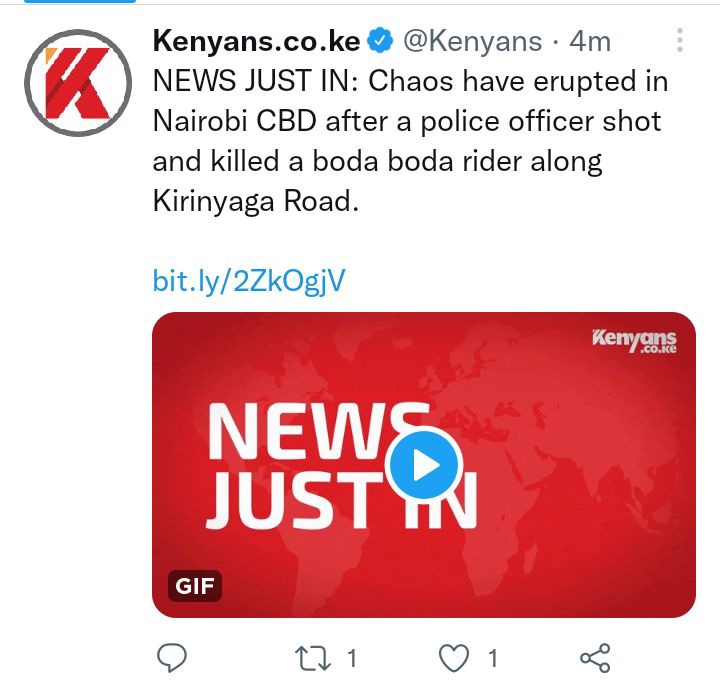 The angry Bodaboda riders and residents have engaged the police in running battles. They were later joined by Starehe Member of Parliament Charles Njagua alias Jaguar to protest the police brutality at Kamukunji Pice Station. Police are using teargas to disperse the angry residents as they try to manage the situation.

This comes a time when police officers brutalities have been on rise having killed many citizens especially when safeguarding curfew rules. The death of two Kianjokoma brothers was liased with police brutality as they died while on arrest.