By nziokajustin (self media writer) | 29 days ago 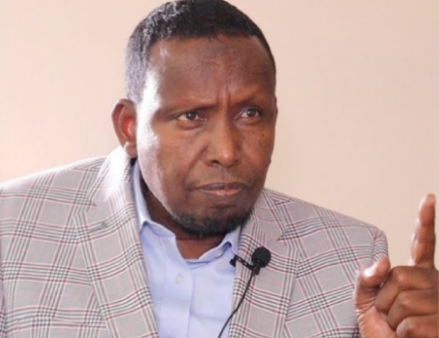 Horn of Africa analyst and scholar, Abdiwahab Sheikh Abdisamad who disappeared about a fortnight ago has reportedly reunited with his family.

Sheikh Abdiswamad was forcefully carried away on September 8, 2021 by some people alleged to be security forces, an act which stirred protests among the Muslim community.

On that fateful day, he was captured around 10am, along Tubman Road in Nairobi. His wife confirmed his return on Monday (today), saying that he resurfaced on sunday night.

Haki Africa’s executive director Hussein Khalid also confirmed that Mr. Sheikh had indeed been freed by his kidnappers. A week ago, two lawmakers from Mombasa threatened to move a motion in parliament challenging the Interior CS Fred Matiang'i to explain the whereabouts of missing persons.

The trio was to shed light on the whereabouts of Sheikh Abdiswamad aged 55, following his abduction, as well as the origin of several corpses recovered from River tana.