By @SmartReporter_Ke (self meida writer) | 21 days

United are tipped to go big in the transfer market this summer following a second place Premier League finish and Champions League qualification, with the club ready to spend up to £150m (net!) in order to really challenge on all fronts.

It is believed Solskjaer is looking to add four new players to his squad in the summer transfer window with up to four new arrivals expected this summer.

A number of key areas in Ole Gunnar Solskjaer's squad are in desperate need of investment, most notably centre-back, central midfield, right-wing and striker.

According to the Guardian, United have identified their top target for each of those positions. 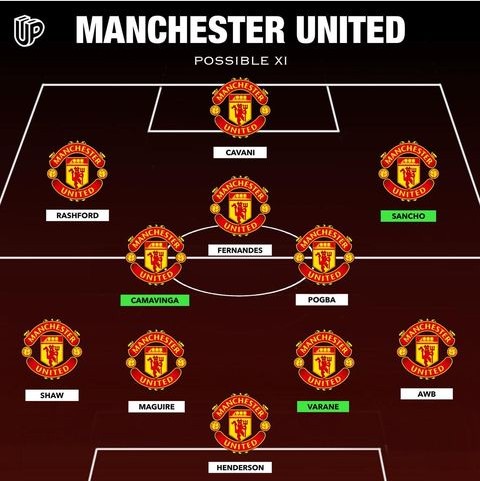 Manchester United are hoping to complete the signing of highly-rated Rennes midfielder Eduardo Camavinga ahead of the 2021-22 campaign.

Transfer guru Fabrizio Romano revealed late on Sunday evening that United are “progressing in direct contacts” to sign the 18-year-old.

Camavinga, who has already been capped three times by France, is widely regarded as one of the world’s best young midfielders.

They look to finally have struck a deal for long term target Jadon Sancho, and as of now their priorities have turned elsewhere to strengthen weak areas of the squad. Here's how they could line up in 2021/22. 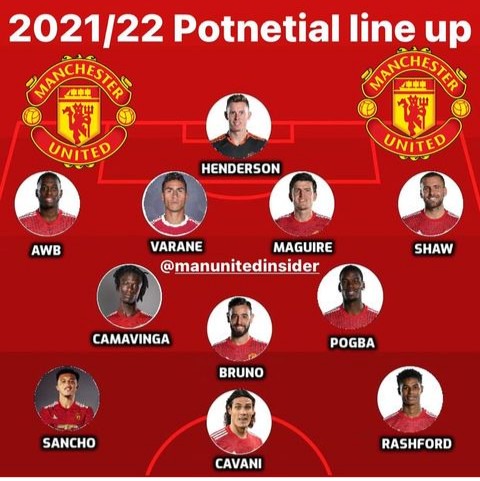