By TrippleM (self media writer) | 19 days ago 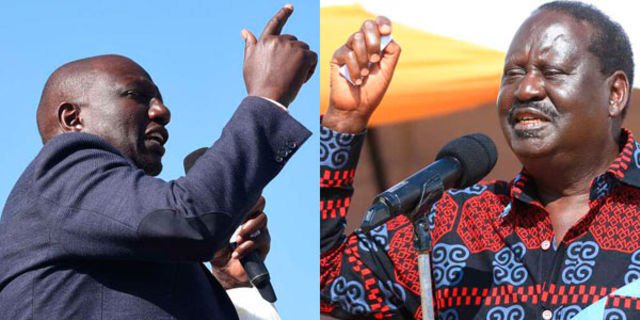 Kenya's top vocal political analyst Professor Herman Manyora has told Deputy President William Ruto what exactly could have happened to him in his last week Kondele rally which turned into chaos.

Speaking this morning at Citizen TV on the Daybreak show with Sam Gituku, he has stated that what was seen in Kondele last week is not kind of violence which can be said was linked to the ODM leader Raila Odinga.

Instead, he believes that the violence was caused by DP Ruto himself due to the money he gave out to the county residents without proper structure on distribution. Something which caused some disagreements among the residents.

And if any case the violence was engineered by Raila Odinga as the DP has been claiming, then things could turn messier and even the DP himself could not even make his entry into the famous ward known to be much chaotic when it comes to matters of politics especially when anything happens against Raila.

He has even gone ahead to revisit the history of the ward and how the people from the area have been reacting in the past elections. Adding that place has never been a joke when it comes to chaos linked to Raila.