How to know if your crush knows that you like them 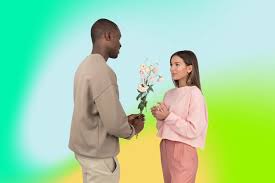 Have you ever told a friend about a crush, but you’re worried that they told the person you’re interested in? Even though it might seem scary if your crush learns you like them, it could help you find out if the person feels the same way about you. You’ll notice some changes in how your crush behaves around you once they figure out you like them. We’ll cover how to tell if your crush starts thinking about you romantically, signs they’re into you, and ways they may convey they aren’t interested.

Gazing into your eyes shows that your crush may want to connect with you. If you pass each other in the halls or are in the same room together, try stealing a look in your crush’s direction. If your crush knows you’re into them, they’ll usually meet your gaze and hold it for a few seconds. They may also look more at your head and chest if they’re interested in you romantically.

2.They seem nervous when you run into them.

Your crush might be a little scared to say how they’re feeling. If your crush knows you like them, they’ll probably feel a lot more nervous than they were before they knew. Look for signs that your crush feels a little on edge when you’re near them, such as talking too much to fill awkward silences, getting tongue-tied, or fidgeting while you’re talking to them.

3 They communicate with you more frequently.

If your crush is excited to chat, then they may like you or want to know you more. After your crush learns you like them, they may feel more eager to reach out if they’re feeling the same way or want to learn more about who you are. Pay attention to who starts conversations when you’re talking with your crush and how frequently they reach out to chat. They might start by making excuses to talk to you, like asking for advice or help, even if they don’t need it.

4.Their friends act differently when you’re around.

There’s a good chance the person told their friends about you. Once your crush finds out about you, they’re bound to get advice from their friends. When you’re around your crush or having a conversation with them, check if their friends are reacting nearby. If they make a big deal about you being with your crush, then your crush probably knows about you. They may want to get to know you better if you haven’t talked to them before or they could like you back.

5 They remember little details from conversations.

When your crush pays attention to what you say, they have genuine interest in you. Your crush may want to know you better to see if they like you back, so they’ll do what they can to remember what you’ve told them. When you’re having a conversation with them, pay attention to the topics they mention. If they say something that you talked about before and bring up a small detail you mentioned in passing, it might mean they’re trying to deepen their connection with you.

6.They give you lots of compliments.

Your crush will want to make you feel good if they like you back. Once your crush knows that you like them, they may feel more comfortable saying nice things about you. When you’re talking to your crush, listen if they say anything that makes you feel warm and fuzzy inside. If your crush frequently gives you compliments, then there’s a good chance they know you like them and they’re interested in you too.

7.They suddenly seem jealous when you’re with others.

Someone who likes you won’t like it when you’re with another person. If your crush knows that you like them and they like you back, you may start noticing that they’re bothered when you bring up other romantic interests. If you’re close with the person you have a crush on, they may close themselves off or mention flaws in the other people you’re interested in since they’ll want a closer relationship with you.

8.They start asking about your dating life.

9.They're not interested if they suddenly seem distracted or unavailable.

If your crush used to give you their attention and abruptly stops, they’re not interested. Try reaching out to your crush and having a casual conversation with them. While you’re chatting, notice if your crush is giving you their full attention. If they’re looking away, checking their phone, or not responding when you ask them something, there’s a good chance that they want to move on and aren’t as into you.

10.They lost interest if they come up with excuses to avoid you.

Your crush may try to get out of seeing you so they don’t feel awkward. If you were close and spent time with your crush before, they may feel different once they know you like them. Try asking the person to hang out and if they agree, then they may like you or not even know you’re crushing on them. When your crush repeatedly comes up with new reasons not to see you, there’s a chance they’re not thinking of you romantically.

The man who returned lost and found 200,000 kenyan shillings to the passenger in Nairobi