By Palmajosh (self meida writer) | 26 days

On Tuesday United Democratic Alliance (UDA) Party has condemned the police intimidation in Bonchari and Rurii by-election. Veronica Maina the secretary-general of the party has noted that in the morning Eric Ntabo who is a chief agent in Bonchari constituency by-election was arrested by the police and Gesonso police station and has not been released. 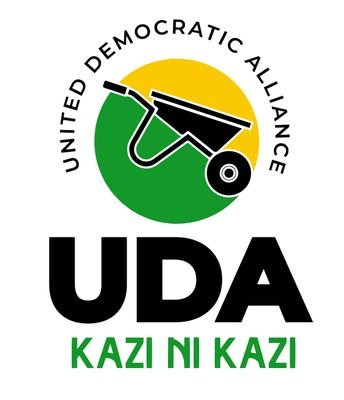 She further stated that Collins Mokua who is also an agent was arrested wrongfully was later released. She points out that the incitement by the police started on Monday evening and continued on Tuesday morning where some UDA agents in Rurii Ward were arrested.

The UDA party also stated that the police have mounted roadblocks in Rurii ward harassing all the allies associated with the party. The party has urged IEBC to take note of all the intimidations and to stop being silent since it is an abuse of power by the executive associated with CS Fred Matiang'i. 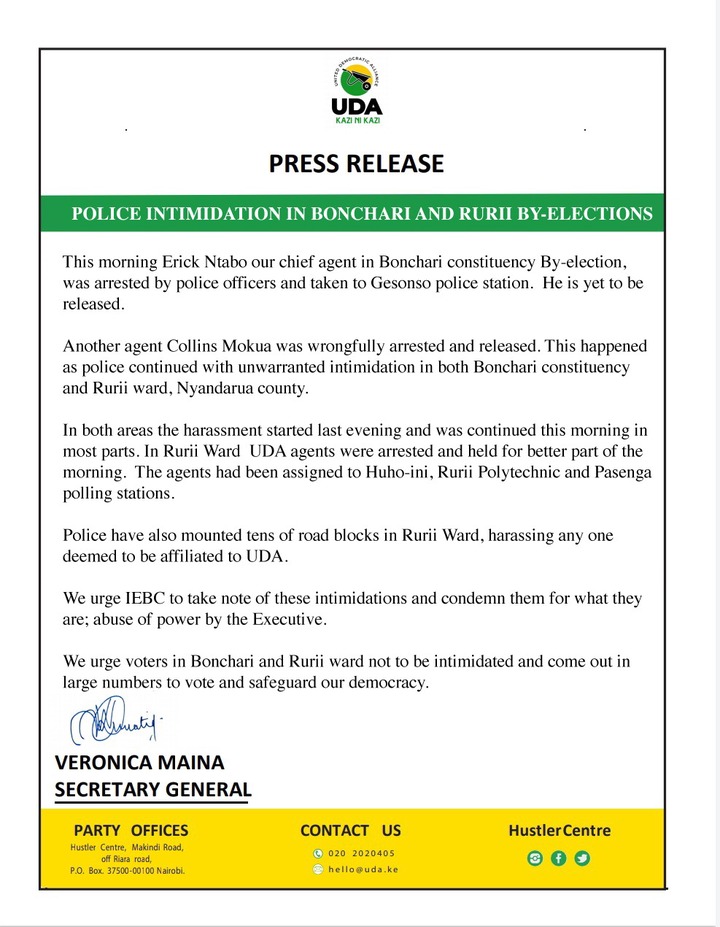 The voting process is set to end on Tuesday evening. Do you think that the police are doing the right thing in the by-elections? Kindly leave a comment.