"Stop Blaming Players, You Need to Resign "-Kenyans Gang up Against Nick Mwendwa Over His Statement

By Boldblog (self media writer) | 7 days ago 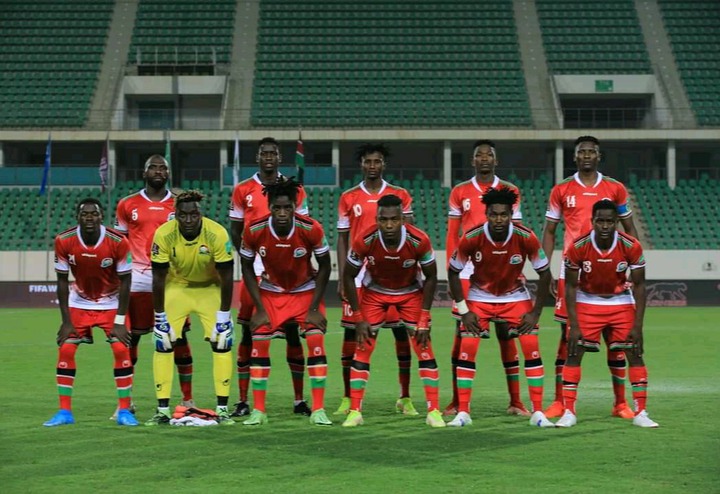 The Kenyan soccer team Harambee Stars has been experiencing poor results in their world cup qualification matches. The team drew against Uganda and Rwanda and then later they travelled to Morocco where they suffered a 5-0 defeat to Mali. Harambee Stars were hopeful to beat Mali last Sunday to bring alive their hopes for their qualification to the third stage of the world cup qualification matches. Their hopes were cut short after they wasted chances in the first half of the game only to suffer a 1-0 to Mali in the 55th minute. 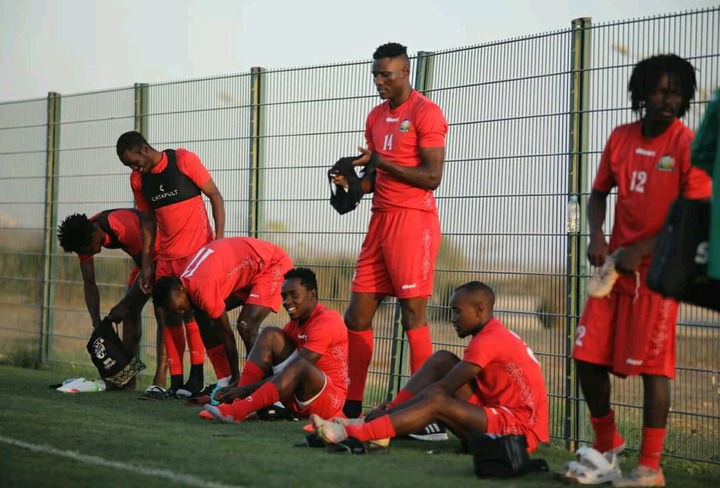 The President of the Football Kenya Federation Nick Mwendwa has finally opened up on why Kenya lost to Mali on the second leg. 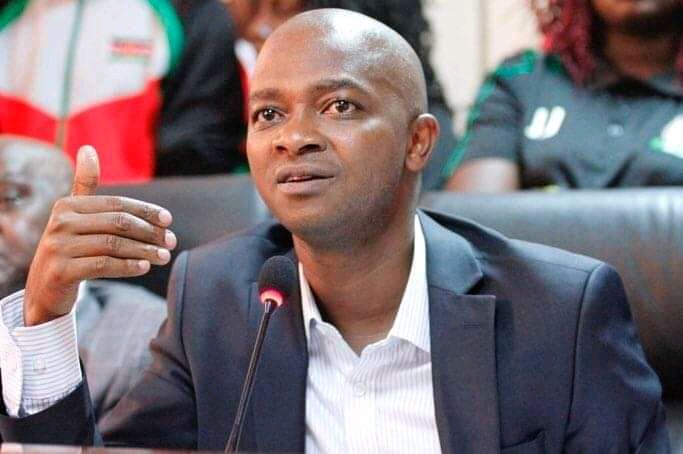 According to Nick Mwendwa, Kenya lacks quality players who can do more work to the field. He highlights that even if you bring Jose Mourinho or Mikel Arteta the results will not be different. 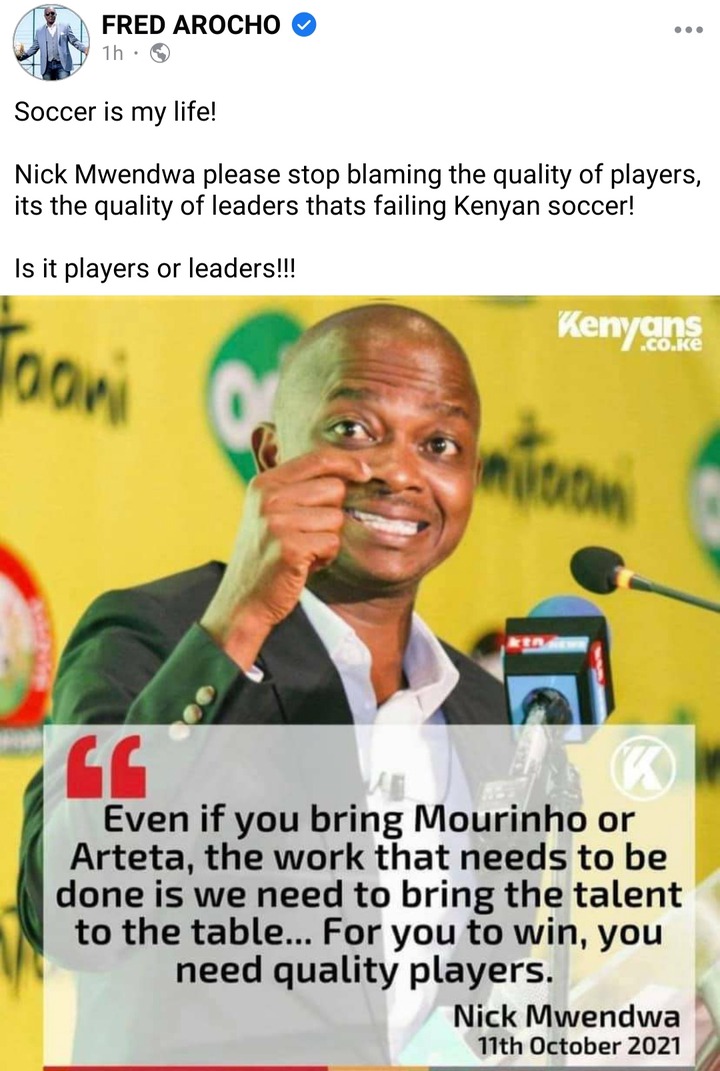 This comes a time when Ghost Mulee resigned as the Harambee Stars head coach and Engin Firat took his position on a contract.

Kenyans on social media have ganged up against Nick Mwendwa highlighting that there is no need for him to blame the players but instead he should resign. Kenyans have highlighted that the leadership of the Kenyan football is in a bad state hence there should be changes to be implemented. 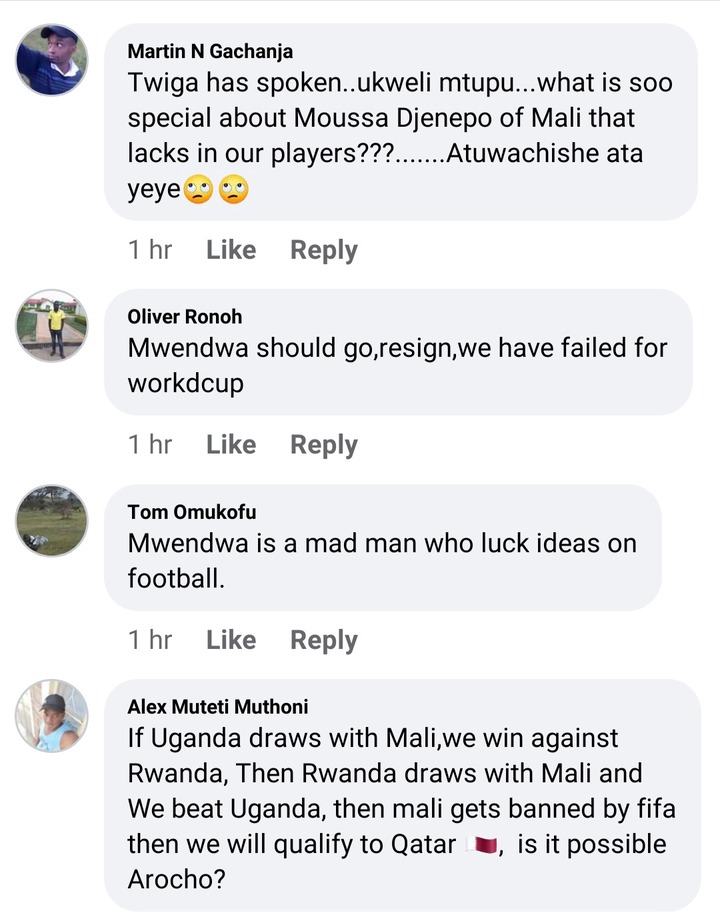 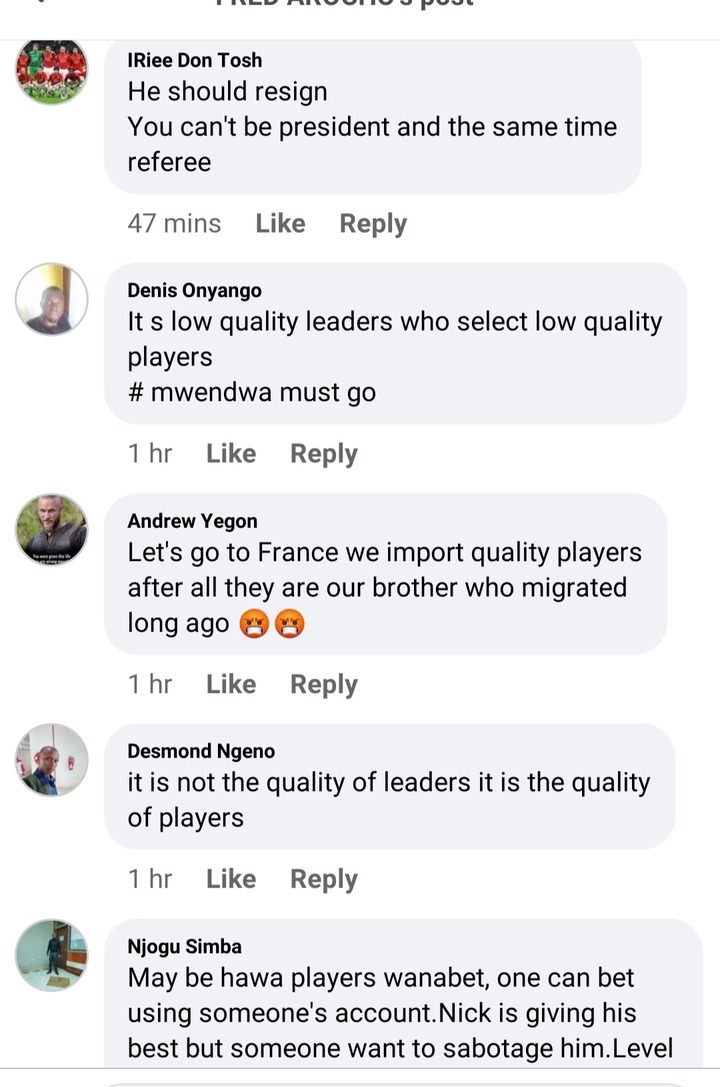 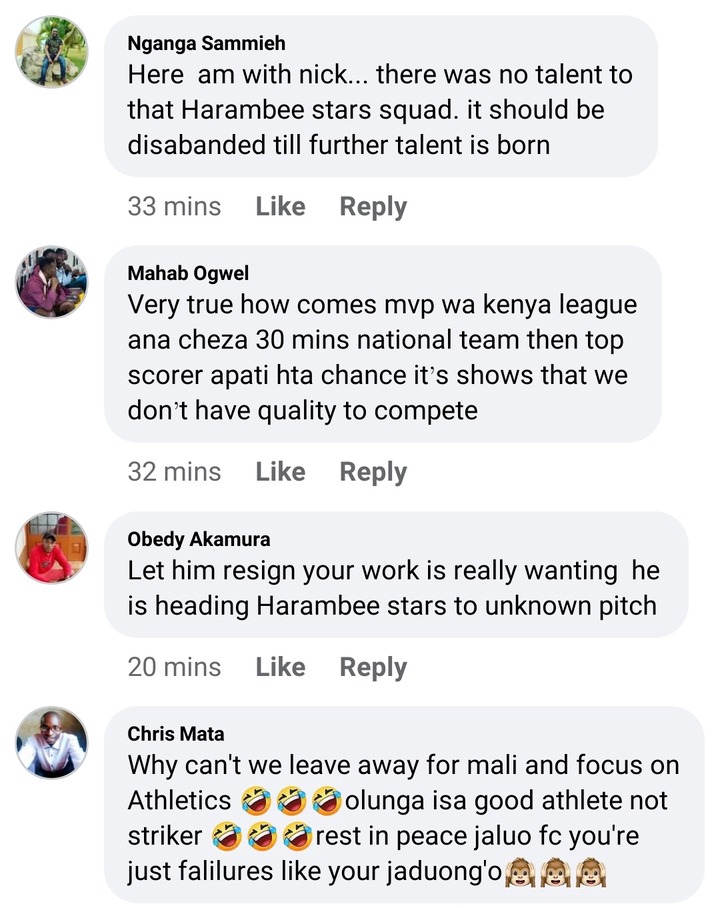 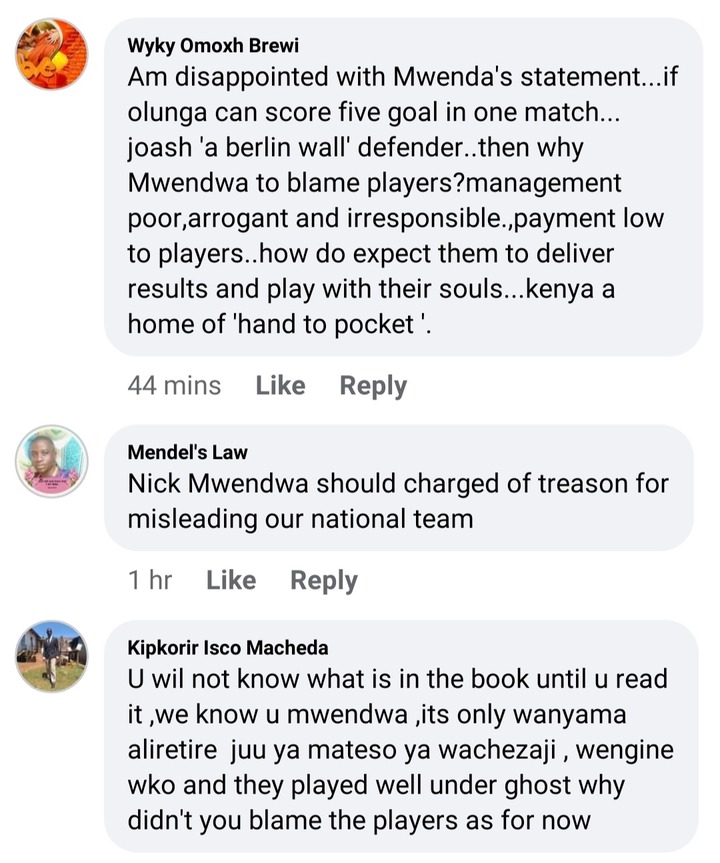 Kenya has some players who play other leagues in foreign countries and their performance is welcoming. A good example is Michael Olunga who plays for the Al-Duhail club in Qatar and he recently scored 5 goals after coming from the bench during the second half. 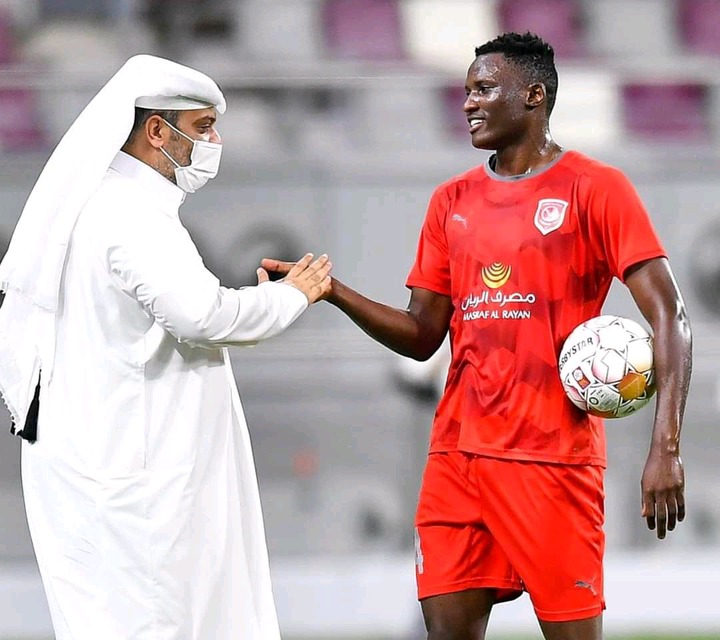 However, Kenyans have been wondering why he is not scoring many goals for Harambee Stars when serving the nation at various competitions.

What do you think about Kenyan football ?.......Share your views with us and follow us for daily updates.

Diamond Platinumz: Dear Youths Avoid This If You Really Want To Succeed, Do This Instead.