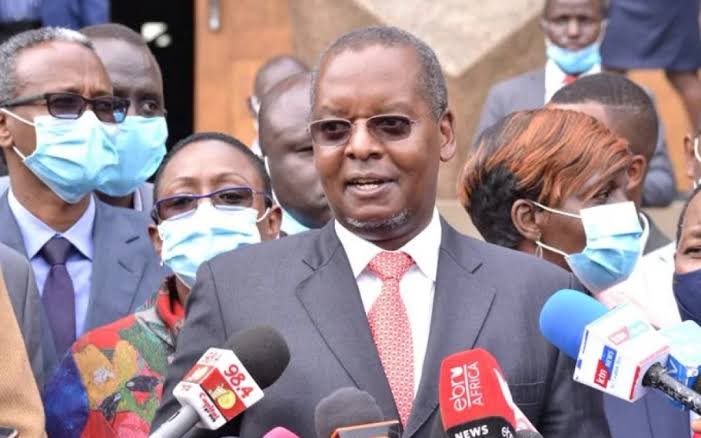 The office of the Director of Public Prosecutions has filed an application against Jubilee party Majority Leader Amos Kimunya who had been acquitted in a Ksh 60 million fraud case.

A court had initially acquitted the Kipipiri Constituency Member of Parliament bit the Director of Public Prosecutions has revealed that the court erred in its decision.

In the case, the Former Minister for Lands had been charged in connection to a land fraud where he is said to have illegally allocated public land to his company. 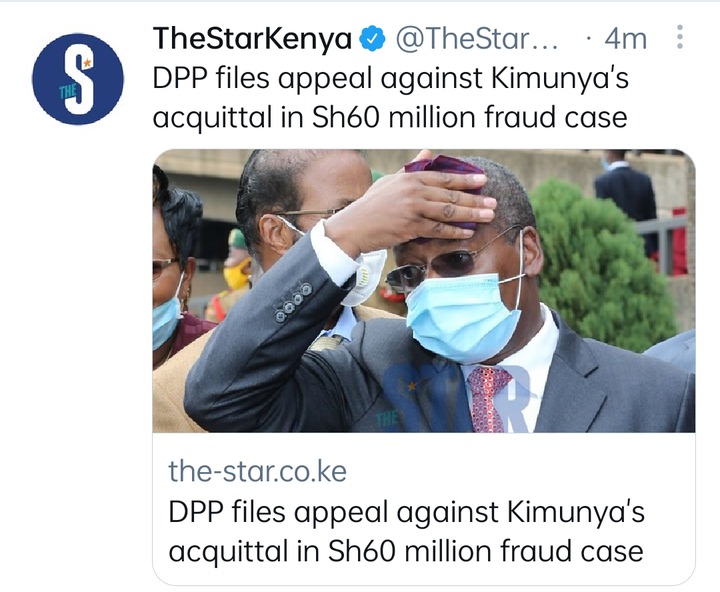 The MP is accused of having transferred a total of about 25 acres to Midlands which happened back in 2005 when he was serving as president Mwai Kibaki's Cabinet minister.

Midlands is a company that is associated with the MP who is a close ally of the Head of State president Uhuru Kenyatta and hence why he is accused of allocating himself a public land.

The land is found in Nyandarua's Njambini area and he is said not to have disclosed that he had some private interests while he was acquiring the land.

According to papers filed in court the prosecution argues that the lower court erred in law and fact in finding that the settlement Trust Fund referred as Settlement Trust was the complainant and not the Ministry of Agriculture.

While acquitting him, the Magistrate ruled that the investigating officer had failed to avail crucial witnesses to prove how the 25 acre-piece of land in Nyandarua was transferred to a firm identified as Midlands Ltd.

Kimunya had been accused of failing to “protect public property” and failing to disclose that he was one of the directors at Midlands Ltd.

Court documents state that the transfer was done on February 6, 2006.The magistrate ruled, “there were several gaps in the investigations leading to the collapsing of the case “due to lack of evidence.”

DP Ruto New Ally Dr Ndii Reveals When They Will Launch Their Manifesto;We Ain’t Giving Anything Away

Is He Gaining More In Mt Kenya Than DP Ruto? Leader That May Complicate Ruto's Presidential Bid

PHOTOS: Burial Place For Wife To ODM Treasurer Revealed As Raila Pays Him A Visits