By Fulfutbol (self media writer) | 1 month ago

There has been controversy surrounding Dagoretti member of parliament Simba Arati and Catholic church in Kisii County after the Catholic church make a bold move to return Kenya shillings 100,000 that he had given to the church as donation. 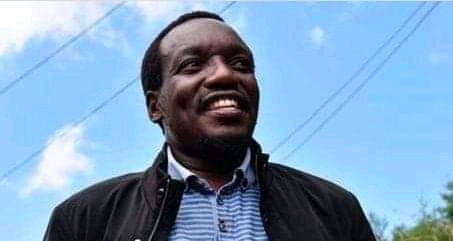 According to the information that was published by Nation in their official Facebook account, Simba Arati has claimed that he had given other politicians money that amounted to 300,000 together with 100,000 he had given to the church asking the church of management to return the whole of his money.

The member of parliament has blamed his competitor in Kisii County who has a good relationship with the Catholic Church for the return of his 100,000 donation that he had given to the catholic church. "I give out money to several lenders in the church. When they are claiming to have returned the rest which amount to more than 300,000". The legislator spoke to the Nation as shown in the screenshot below captured from the news published by Nation in the official Facebook account.

"It's Time For You To Quit Politics" Moses Kuria Tells Raila

Meet Kenya's Richest Fashion Blogger Who Owns The Most Expensive Closet Worth Millions.

Rescue mission for, Tom Okwach, still trapped for 55 days, stop due to lack of capital