By HappyMukhongo (self media writer) | 17 days ago 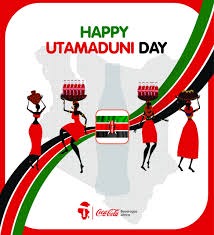 The then Moi Day celebrations that was being graced on the 10th day of every October, had been scrubbed off, in conjunction with the Kenyan constitution 2010. As earlier reiterated, the day was majorly honoring the individual persona, and therefore was termed somehow irrelevant to the Kenyan well-being.

The recent reports by the press release from the Cabinet Secretary, Ministry of Interior and Co-ordination of National Government, Dr Fred Matiang'i declaring October 10 a public holiday with a different name, Utamaduni Day, has sparked mixed reactions from the public domain. Many thought that the day is long overdue a thing of the past, and had already forgotten such a day as a public holiday whatsoever.

The remarks from the CS came as good news to the Kenyan literature and fasihi teachers who had been given a chance to perform one of the compulsory set texts that are currently being handled in secondary schools. Though the same chance had been granted to TSC, by the government, to prepare its teachers over the same, but the focus was majorly on Mashujaa day.

However, the latest communications stated that the 20th October celebrations are slated with many items, and teachers might not have enough time to bring out the real image from the texts, since the setbooks aforementioned need time to exhaust the whole chapters. 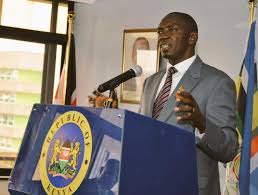 According to the government spokesperson, Retired Colonel Cyrus Oguna, the day has been abruptly scheduled by the government of Kenya just to keep the 10th day of October alive, with the need to recognize the beautiful cultural artifacts and realia that the Kenyan soil posses.

Furthermore, Mr Oguna reported that the day will entirely focus on cultural performances, and teachers are the best Kenyan friends who mostly understand the culture of this nation, and are given the priority to grace most part of the day.

The rare chance granted to the teachers has escalated the preparations of the Kenyan teacher towards that day, and according to reports from TSC, they might perform majorly synopses of the major setbooks; Blossoms of the Savannah(novel) or A Doll's House(play), and Chozi la Heri(riwaya) or Kigogo(tamthilia).

Bad News to ODM, UDA, as OKA Reveals Fresh Plans to Deal With Them Ahead of 2022

Government To Shut Down Media Houses

Atwoli Reveals How 2022 Election Will Be Conducted, Opens Up on Deep State Plans to Rig Elections