By FrankUpdatez (self media writer) | 21 days ago 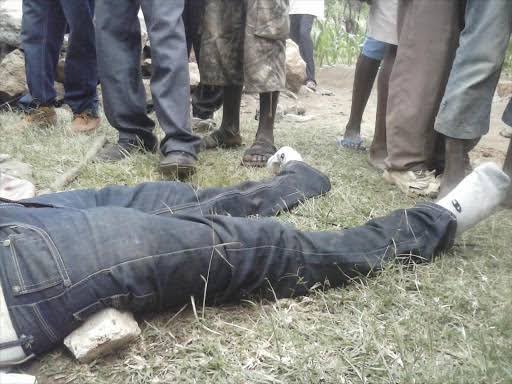 Lately the number of shocking murders in the society of has increased to a worrying trend with questions raised as to what could be lately.

A huge number of these incidents have been associated with severe cases of depression and cheating spouses.

Well in another shocking update, a man has surrendered to police in Simatwet, Kiminini Constituency in Trans Nzoia County after allegedly stabbing to death a fellow man in a suspected love triangle on Monday, police say.

They said the suspect was drinking with his girlfriend at Soweto village in Moi's Bridge before the woman deserted him for another man and continued to sip her brew while sitting on the man's lap.

Slighted, police allege, the suspect later in the day ambushed the duo and stabbed the man before slitting his throat.

The suspected attacker then surrendered to the police, they say, with a bloody knife after which he was locked up awaiting to be arraigned.

The police has revealed that the suspect will be charged with murder of the said man.

Kenyans have been urged to exercise more amicable ways in solving disputes other than engaging in dangerous physical fights that have ended up in tears.

According to latest data, so many innocent lives have been lost in some shocking murders that could have been easily avoided.

Cops have also asked all to report to the police station before taking the law unto their own hands. 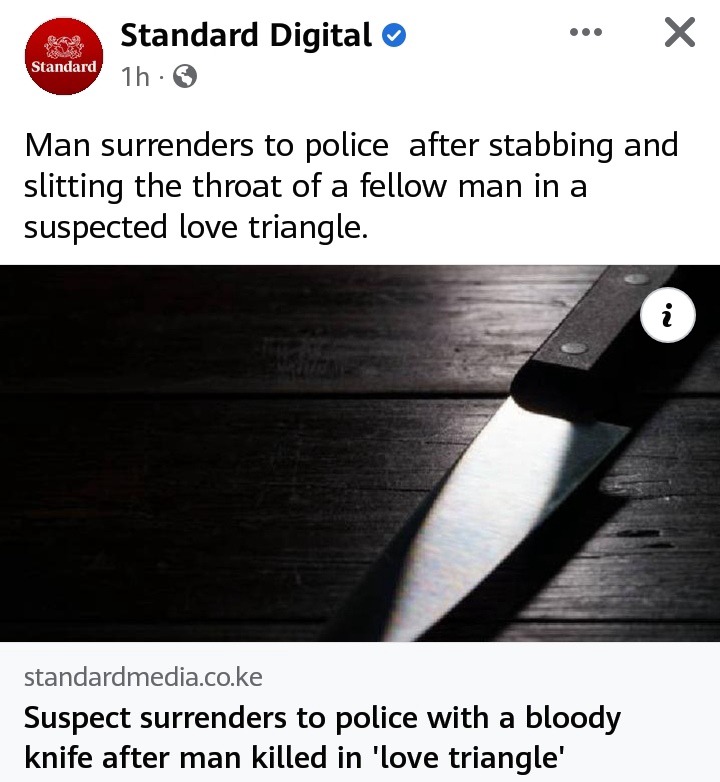