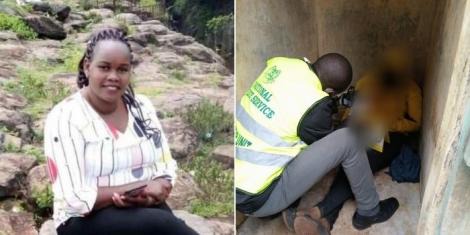 The family of the late killer cop, Corporal Caroline Kangogo have been given a green light to bury her.

This comes even after the Directorate of Criminal Investigations (DCI) detectives were investigating whether she committed suicide or was murdered.

According to a report that appeared in the Daily Nation on Wednesday, the DCI have given the family a greenlight to bury their daughter.

Caroline will be buried on Saturday even though no postmortem has been done on her body.

Decrying lack of investigations into the death of their daughter, her family said that no police officers have visited them again to aid with the investigations.

Speaking to Nation, her father Barnabas Kibor, a former police officer, noted that they really wanted to hear her side of the story and this could have been gotten from investigation.

"No one has proven that my daughter was behind those murders. No one has said it, because as a family, we were always hopeful that she would come home, so we could find out it if she did it and why,” said Mr Kibor.

According to sources, police appear to have concluded that the deceased took her own life and not a murder.

Calls to have her buried without investigations will mean no one will ever know the trust of what really killed her.