By SharonMundia | self meida writer
Published 28 days ago - 1 views

Deputy President William Ruto has taken a another swipe at former Prime Minister Raila Odinga in a recent war of words between the two. Inspecting Kilifi County, where he will be available for 3days, DP Ruto assured Raila that he was no match to him.

He described Raila as 'desperate, doomed and looking for endorsement.' This comes at a time when the two witnessed a fight between two Members of Parliament who were are affiliated to them. 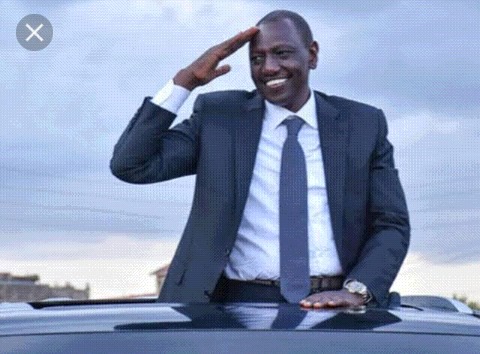 Though they condemned the act in the funeral event they attended, many see this as a time bomb of chaos that might unfortunately rock the country.

His tour to the coastal areas is seen as a campaign gearing to 2022 rather than an inspection job as earlier thought. Political pundits feel he wants to claim the coastal votes which seem to be politically divided.

Tangatanga camp has been on the bad side of the law as two of its members are facing jail terms of convicted. Mike Sonko is in remand where he is facing various counts including terrorism while Aisha Jumwa's murder case as gained momentum after DPP's office presented exhibits against her.

DP Ruto Kilifi Kilifi County Mike Sonko Raila
Opera News is a free to use platform and the views and opinions expressed herein are solely those of the author and do not represent, reflect or express the views of Opera News. Any/all written content and images displayed are provided by the blogger/author, appear herein as submitted by the blogger/author and are unedited by Opera News. Opera News does not consent to nor does it condone the posting of any content that violates the rights (including the copyrights) of any third party, nor content that may malign, inter alia, any religion, ethnic group, organization, gender, company, or individual. Opera News furthermore does not condone the use of our platform for the purposes encouraging/endorsing hate speech, violation of human rights and/or utterances of a defamatory nature. If the content contained herein violates any of your rights, including those of copyright, and/or violates any the above mentioned factors, you are requested to immediately notify us using via the following email address operanews-external(at)opera.com and/or report the article using the available reporting functionality built into our Platform