By Kerutwambogayao (self meida writer) | 26 days

There was alot of commotion at Kisii county law courts on Monday.Every one was eager to see the man who who said to defile his daughter.He allegedly cmitted the crime at their home before he disappeared to his hideout. 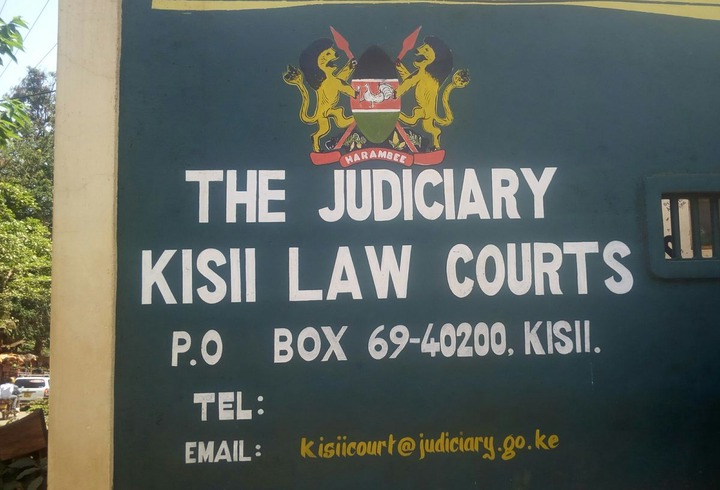 Before the Kisii County resident magistrate Ezekiel Obuna,was Justus Ogamba, 40 years old.He was accused of defilig his 6 years old daughter at Migogo village of Kisii county.He was reported to have committed incest and threatened his wife not to tell the neighbours .But a good Samaritan volunteered to take the bleeding child to Kisii Teaching And referral Hospital for treatmen.The doctors discovered that she had been abused sexually.Upon interrogations,the minor revealed how her rfather abused."He started touching my chest and finally did bad things on me,"Said the shaking minor.Accordimg to the hospital report by Dr.Enock Ondari, 40 percent of the tender parts of the minor were damaged.

Acting on tips the police looked for the suspect and arrested him at the country side parts of Nakuru county.He was brought to Kisii law courts to face judgement But he denied the allegations and and asked to be released on bond.

But the magistrate rejected his request saying that if he could be released, there was a possibility of him running away to avoid court judges. "This case is serious a bond can not be granted."He said. The suspect was remanded untill 19th of this month, when the hearing of the case will proceed

'The Struggle Is Real' Size 8 Shares This Video To Show What Mothers Go Through, Netizens React

5 Brilliant Kids Who Amazed with Their Inventions