By Geffongoz (self media writer) | 9 days ago 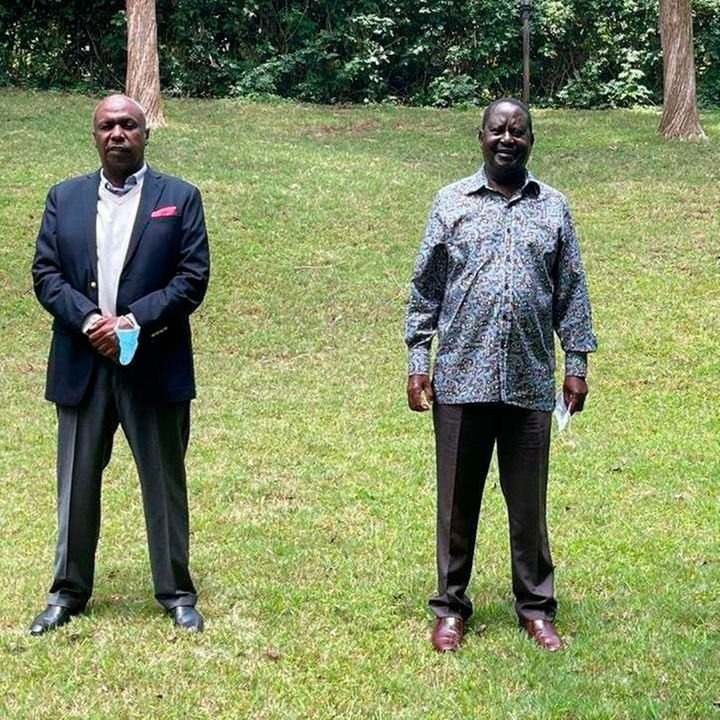 Prominent figures from the families of Kenya’s three past presidents are warming up to ODM leader Raila Odinga’s quest to succeed President Kenyatta.

The President showed his hand in Mr Odinga’s latest campaign buzz when he challenged voters during a tour of Kibra last Wednesday to choose his successor wisely, just after extolling his former rival’s leadership credentials. The following day, Mr Odinga joined Senator Gideon Moi at a Kanu event where Mr Moi announced his presidential candidature.

In the past, President Kenyatta’s brother Muhoho Kenyatta and Jubilee secretary-general Raphael Tuju have visited Mr Odinga at his Karen home.

“Whereas some of the family members may not directly participate in the campaigns, they will be working from behind the scenes to ensure ‘Baba’ clinches the seat. There have already been indications to this effect,” a source in President Kenyatta’s administration told the Nation.

A senior government official told Nation that whereas the President had not pronounced himself publicly on his preferred successor, Kenyans should “read between the lines on the indicative gestures.”