By Achienge (self meida writer) | 29 days 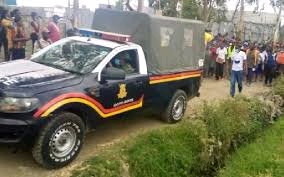 A 3-month-old baby died after his parents fought each other following a domestic brawl in Kawangware, Nairobi County.

According to a resident whose identity was not revealed for security reasons, the duo had a bitter confrontation over conjugal rights denial.

The resident alleged that the man had demanded conjugal rights from the woman after staying for long without it.

The woman is said to have rejected the request by her husband when a confrontation ensued between them and the two fought in bed. 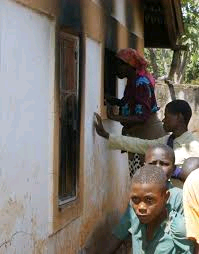 Simon Jones, 45, is reported to have thrown the baby on the floor when a scuffle ensued him and his wife.

While confirming the incident Kawangware area chief said Simon threw the baby on the floor who later died on the spot as the continue to fight.

The matter was reported at Kawangware police station by local administrator.

Police officers who responded to the scene arrested the mother of the child identified as Anne Adasi.

She is currently placed in the cell as her husband fled the scene.

The matter is under police investigations. 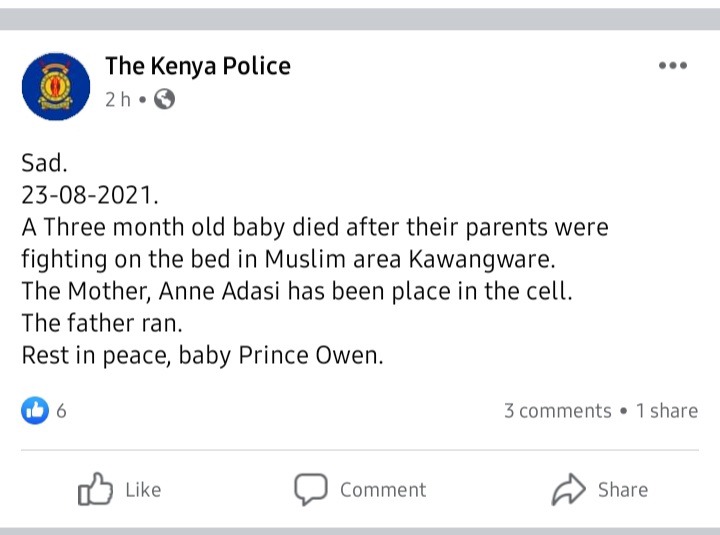 Mother and Father Gang to Beat Their Daughter to Death, for Having a Boyfriend