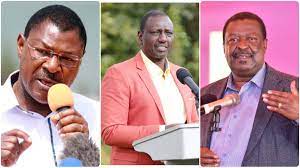 Bungoma Senator Moses Wetangula has finally broken the long silence over the Kenya Kwanza agreement deal that demands that together with ANC Party leader Musalia Mudavadi, they deliver at least 70 per cent of Luhya votes.

Deputy President William Ruto signed a deal with Wetangula's Ford Kenya and Musalia's ANC, demanding them to deliver 70% of the Luhya votes for them to get 30% of the Kenya Kwanza government.

The 70% demand by DP Ruto has seen a section of Kenyans attack Wetangula and Mudavadi by accusing them of agreeing to a contract they allegedly stand no chance of achieving. 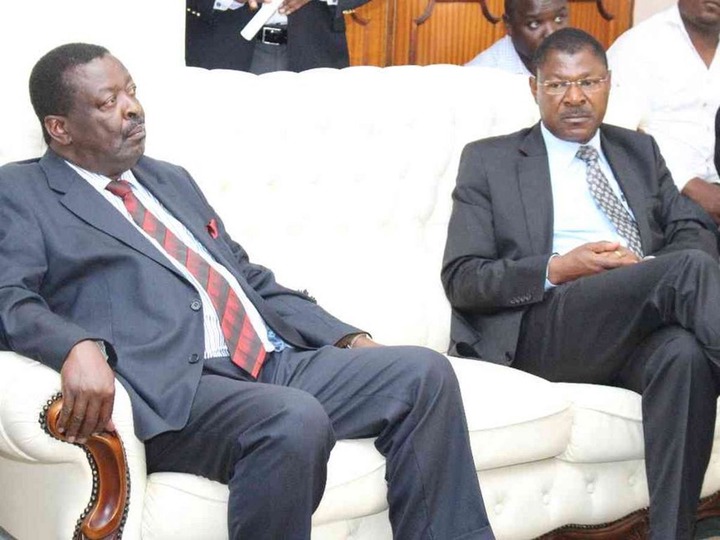 CS Eugine Wamala is one of those who have criticized Mudavadi and Weta by saying DP Ruto had simply duped them.

While responding to CS Wamalwa, Wetangula has told him to make available to Kenya his good deal if the Kenya Kwanza deal was not adding up to Mulembe Nation.

According to Wetangula, the deal signed in Kenya Kwanza is good, adding "Hawajapangwa" at the end of it all. "@EugeneLWamalwa Stop wailing and ranting louder than the bereaved about Kenya kwanza. If our deal is bad, where is your good one? If you had kept your mouth shut one would have thought you are clever!! Endelea kupangwa!" he said.