By MartinMurigi (self meida writer) | 9 days 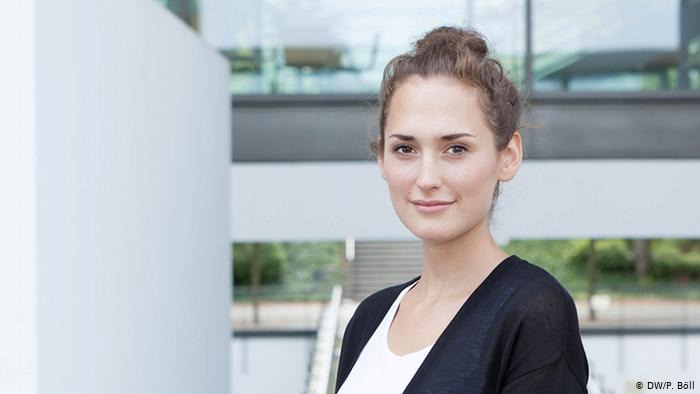 The Kenyan police has come under heavy criticism after officers shot a German journalist in Nairobi on Saturday.

Mariel Müller, DW News East Africa correspondent, was injured on her leg after police fired tear gas canisters directly at her when she was covering protests in the Kenya's capital city. 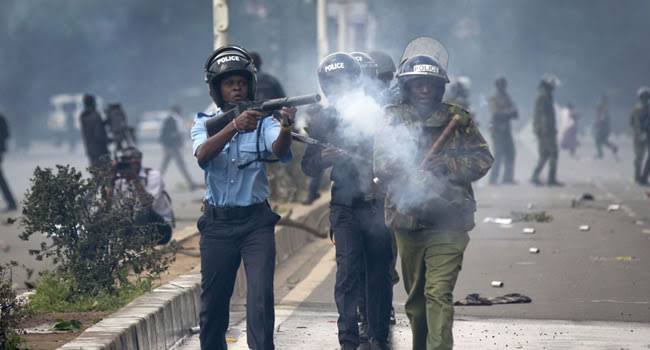 The Deutsche Welle correspondent was shot at when she was interviewing an old woman who was part of demonstrators.

One tear gas canister grazed her and a second injured Mariel's leg and she told the media the officer who fired them was purposely aiming at her. 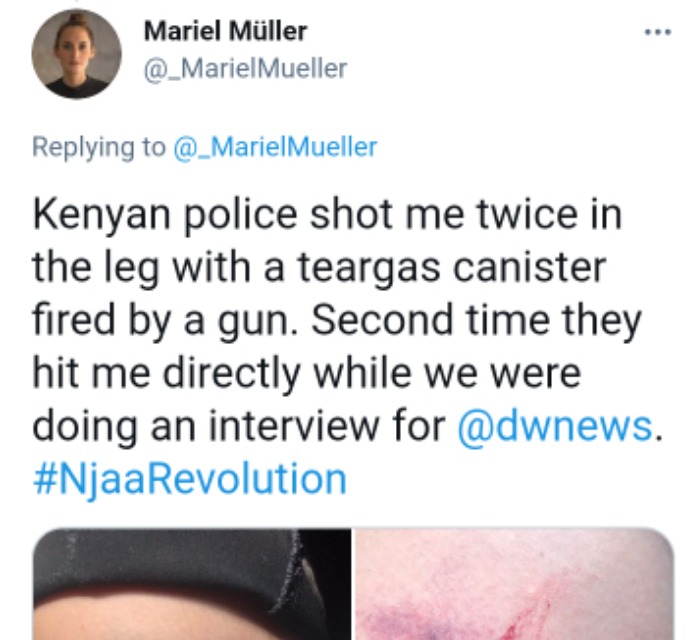 The demonstrators were accusing police of using lockdown measures in Nairobi as an excuse to crack down on residents.

The attack on the journalist was strongly condemned by DW Director General Peter Limbourg who called on Kenyan government to investigate the incident. 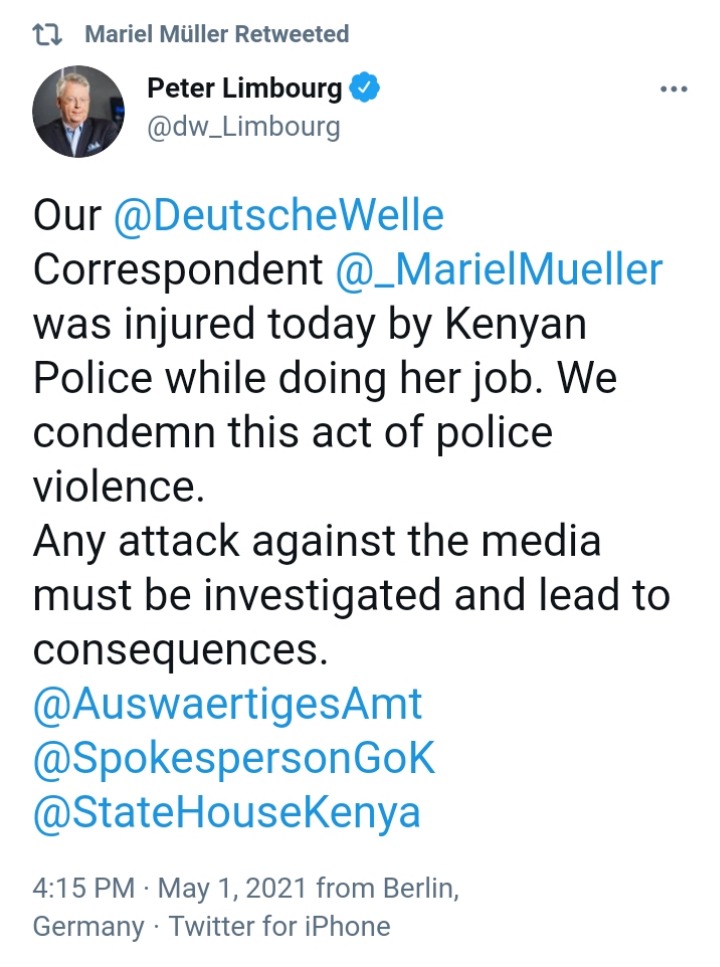 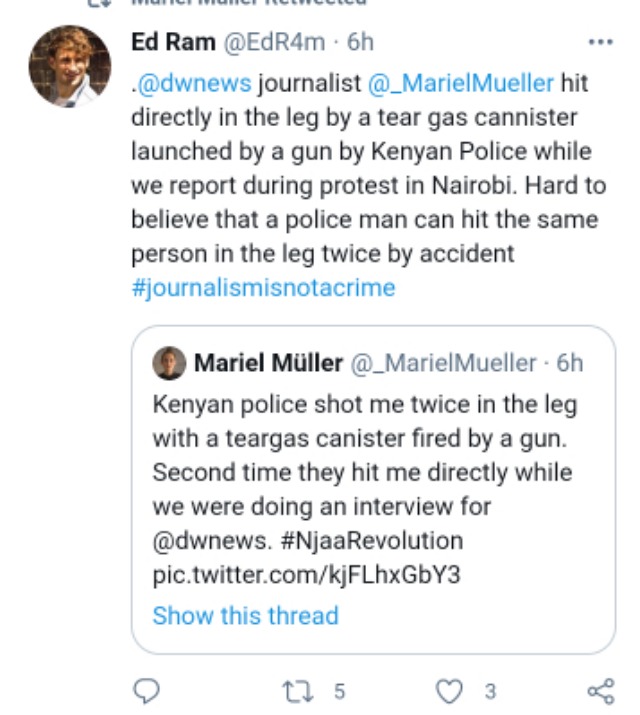 "We condemn the brutal attack on journalists and protestors during the #PeoplesMarchToStatehouse protest. IPOA should start investigations on this," Amnesty Kenya tweeted. 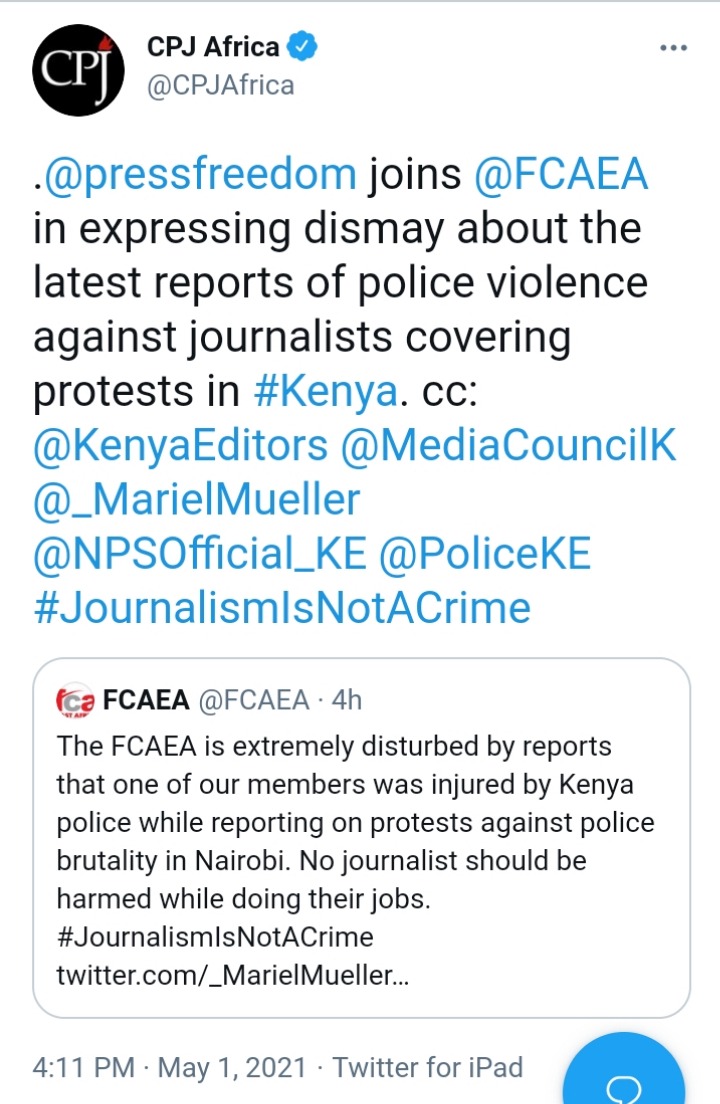 "The Foreign Press Association, Africa strongly condemns the errant behaviour of a Kenyan police officer who deliberately fired a teargas canister that hit and injured our member and colleague Mariel Mueller this morning while covering protests in Nairobi," FPA posted. 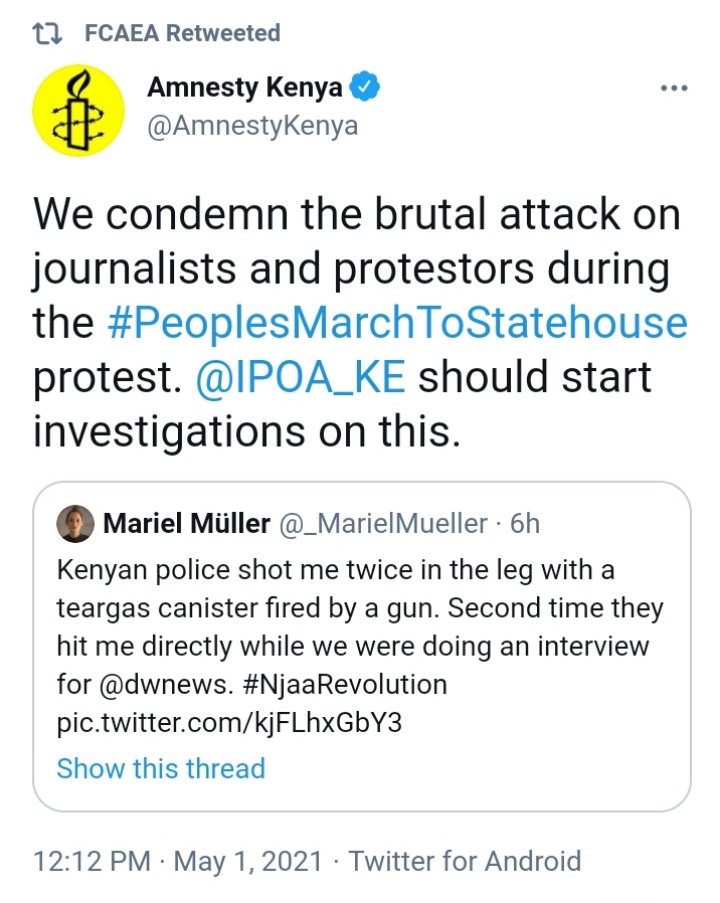