Meaning of Roguing, Thinning, Gapping, Earthing Up and Other Agricultural Routine Field Practices

Have you ever heard someone talk if roguing, thinning, gapping, earthing up, pruning, staking, propping or even trellising?

There is a list of routine field practices we undertake on our farms or gardens, as a way to care for our crops like maize, coffee, bananas, sweet potatoes, cassavas and even fruits. Maybe the most worrying thing is that, we don't know these meaningful practices by their right names. Either, others have heard of the names yes, but they can't describe or elaborate how the practices are undertaken.

In this article will open up for you the meaning of some agricultural terms or names to some practices you might have heard of before. Either, I will elaborate to you how the routine field practices are undertaken and similarly why they're important. Let's start.

As the planting of seeds takes place, many seeds (more than the recommended) may drop or be placed in some holes. After germination excess seedlings or plants happen to crowd in these holes. Such overcrowding may stimulate competition for nutrients, sunlight, moisture and space among the plants. So as a way to expel such a competition among plants, excess seedlings are uprooted especially during weeding. This practice of removing excess seedlings to give room for others to germinate well is called thinning. 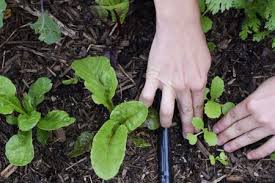 Unlike thinning, pruning is the removal of unwanted or excesss parts of a plant. The unwanted parts may be due to bad characteristics like breakage, overcrowding (excess vegetative growth), unproductivity, pest or disease attack. Pruning is done mostly in crops like coffee, tea and even tomatoes. Why it's done, is for reasons like; to control cropping, to facilitate easy harvesting, to remove diseased and other unwanted parts of the crop like extra suckers in coffee, to ease the penetration of spray and/or to control diseases and pests. 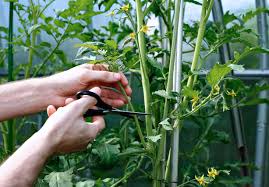 As crops grow in the field, some of them may get attacked by pests or diseases and thus become potential carriers of harmful organisms. To prevent the spread of such diseases and pests from attacking other healthy plants, uprooting and destroying the infected ones is recommended. This practice of uprooting and destroying the crops infected by diseases or pests is called roguing. The destruction can be made through burning the uprooted carriers. Pests such as maize stalk borers and diseases like armillaria root rot in tea can be controlled through roguing. 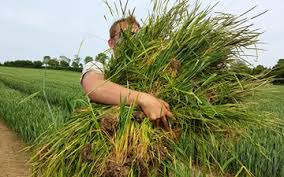 You must have experienced this. After planting of seeds or other planting materials, some of them fail to germinate either due to poor viability or attack by pests and diseases. When these seeds or other materials fail to germinate, you find empty spaces within the rows. The filling up of these spaces or the replacement of the dead seeds with other seeds is called gapping. The importance of doing gapping is that, it endures optimum plant population and avoids wastage of space. Gapping should be done soon after the the planted crop has grown out to prevent excessive shading of newly planted seedlings. Gapping is so essential in fields of maize and tobacco. 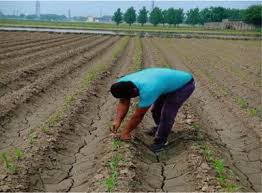 A very essential practice for crops like groundnuts, sweet potatoes, tobacco, cassava, maize etc. Earthing up entails placement or accumulation of soil in form of a heap around the base of the plant. In Irish and sweet potatoes, earthing up improves formation of tuber. In groundnuts it facilitates the production of seeds. In maize it's very key for providing support especially in windy spells - to prevent lodging or breakage. In tobacco, the practice improves drained around the plant. 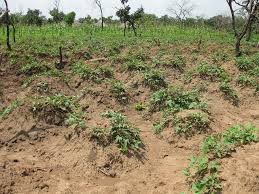 Like we human beings get trained on various tasks, plants too get trained. The practice of manipulating plants to grow in a designed direction and shape is called training. Training can be achieved through these practices:

Staking is mostly done to crops like tomatoes, some bean varieties and even garden peas. It's the practice of supporting plants with weak stems with the help of thin strong sticks. A sisal string or a piece of clothing or even a banana fiber can be used to tie the crop to the stick at some regular intervals. 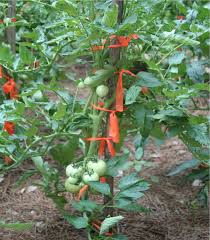 This is a practice of providing support to tall varieties of bananas and those that have heavy bunches using forked stakes. 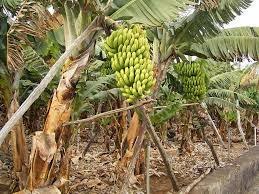 You must have seen this severally. It's only doubtful if you know the practice in its right name. Trellising is the practice of providing support to crops with vines using wires or even strong strings. The wires and strings can be held by poles or even trees at definite spacing. You can see an example of passion fruit plant trained by use of trellising method below. 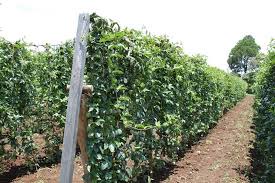 Content created and supplied by: Kenya. (via Opera News )