By SteshaChichi (self media writer) | 9 days ago 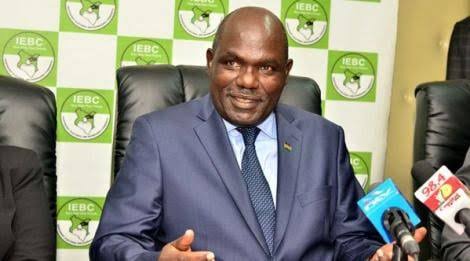 Independent Electral commission has released some worrying news to kenyans concerning the ongoing voters regestration. According to the figures released to Media houses, Only a handful of new voters have so far regestered as voters compared to 1.5 million target that was set by the commission. This shows how a section of kenyans are not much concerned about the ongoing process or there is something that is not being done currently.

Well, According to the statistics released, there is low regestration in both Odinga's and Ruto's strongholds. This is despite the constant calls from both leaders to their people to regester in Large numbers. Mombasa county which is considered to be Odinga backyard has only regestered 4,486 new voters against 190,237 target that was set by independent commission. Ruto's backyard, Nandi county has only regestered 6,379 compared to 112,925 that was target. They will have probably have to change their tactics of convincing them if they want to achieve anything better than what is happening now.

This new numbers are expected to change the dynamic of politics in the country. From the figures projected, riftvalley is expected to gain more new people as compared to any other regions giving Deputy president William Ruto an upper hand in the election if he will be able to bring mount Kenya region into his fold. Odinga is currently working so hard to win over central region and finally achieve a dream that he has been waiting for several years. 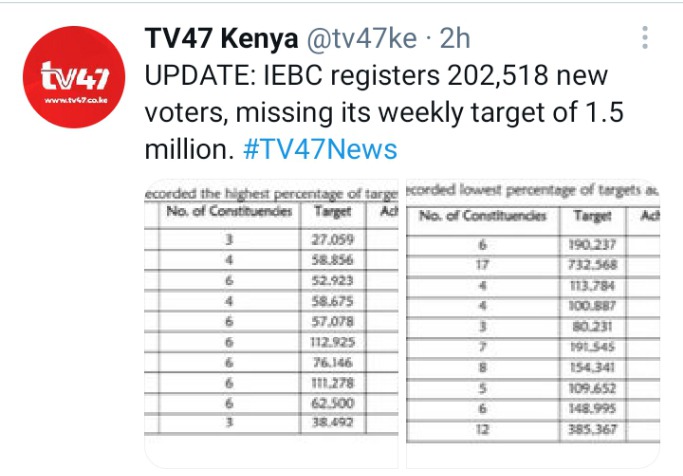