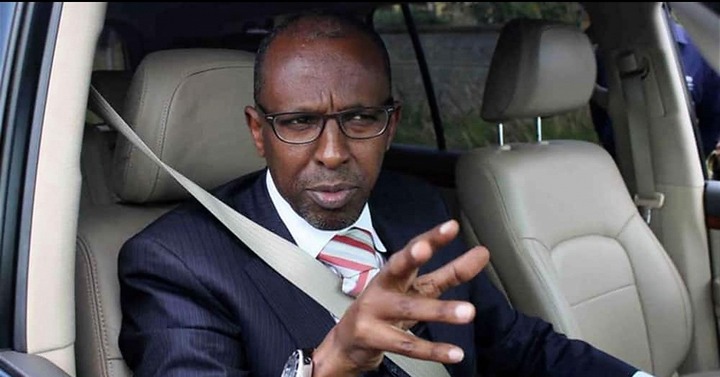 Former President of the law society of Kenya Ahmednassir Abdullahi has pulled out fresh allegations towards the Jubilee government, saying that they might be planning some schemes with the Office dealing with the printing of the National Identity Cards, in order to influence the outcome of the 2022 general elections that is fast approaching.

Ahmednassir says that a select group of very powerful individuals who are working with the Office of President Uhuru Kenyatta will start planning a strategy to start playing with people's Identity Cards which were used to register for voting or even new ones that are yet to be released.

With the National exercise which will be kicking off on October, the Lawyer name dropped Rift Valley, Central, Nairobi and the Marginalized Counties as the ones which are being targeted where Kenyans who applied for new identity Cards will have to wait since the Alleged Government Officials are planning to frustrate the voter registration exercise. 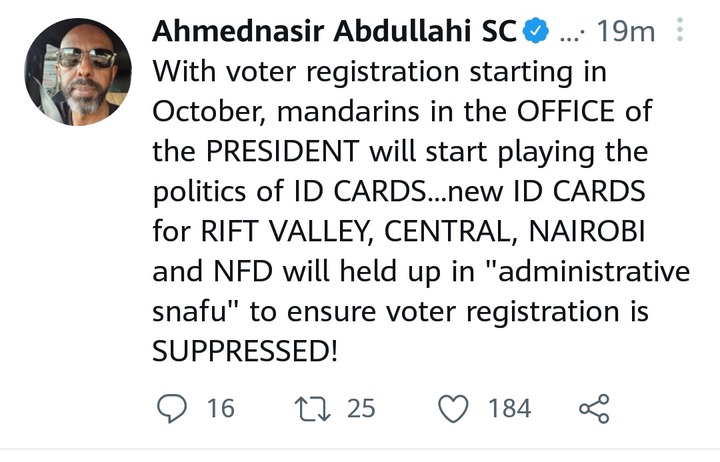 Omar Abdikadir Aden, a Kenyan Elected Mp in the East African legislative legislative assembly also showed concern saying that the Young people who applied for the IDs in the North Eastern Province are currently lamenting that they have or received them despite the limited time for registering as voters. He urged the leaders from the region to move with speed and ensure their people get the IDs. 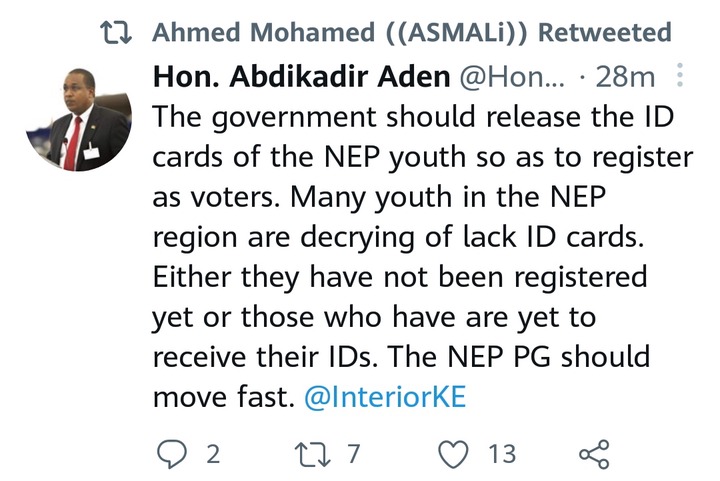 This reactions from the two follows a public outcry on several regions of the Country where the young people who attained the age of 18 and applied for the legal Document have been left in trouble and without the hopes of receiving them before elections will be held.

Some of the places that have been suffering from such includes Garissa, Mandera, Isiolo and other disadvantaged Counties that has low population and the required workforce and equipment needed to do the exercise. The fact that most populous places have been receiving services faster has also been the biggest question.

This has also come at a time when the presidential Candidates are eying the Mt Kenya Votes being in Millions, as they scramble to top up with their Backyards in order to attain the required number.

Africa's All Time Best XI In The English Premier League