The former Kakamega Senator Dr Boni Khalwale has sent a word of Caution to politicians over the City Billionaire Jimmy Wanjigi claiming that they have worked together and he knows him very well.

While responding to the the headline in the Nation Newspaper on Tuesday the 29th of June 2021, which highlighted that Wanjigi has confirmed that he will be in the race for the top seat in the upcoming general elections in 2021, Khalwale said that he should not be ignored.

He said that having worked with him, he has realized that Wanjigi has a very sharp Political mind. But he however claimed that his ambition to run for Presidency in 2022 is far much beyond his strength.

"It would be perilous for anyone to ignore Jimi Wanjigi. Having worked together for the Baba man, I know him as a man with a very sharp political mind.However on this one he is punching way above his weight." Khalwale said.

Wanjigi is said to be a silent Kingmaker who played a big role in previous elections. He had been a strong supporter of the Orange Democratic Party leader Raila Odinga and the National Super Alliance.Now he has said it's his time to lead the country. 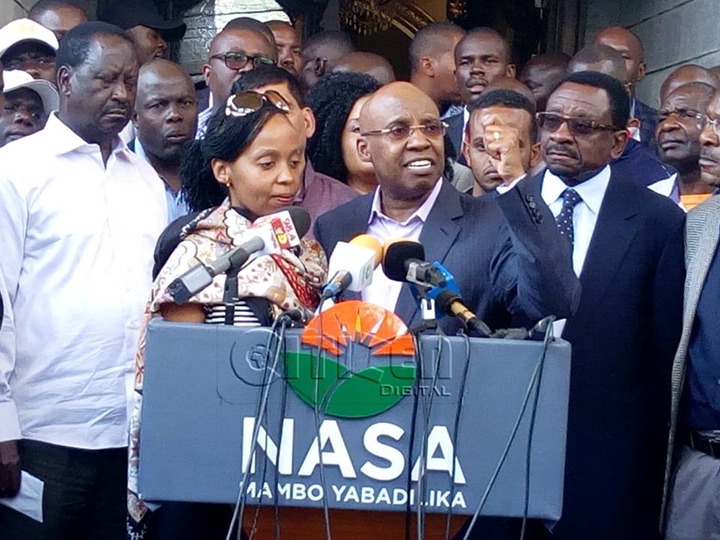 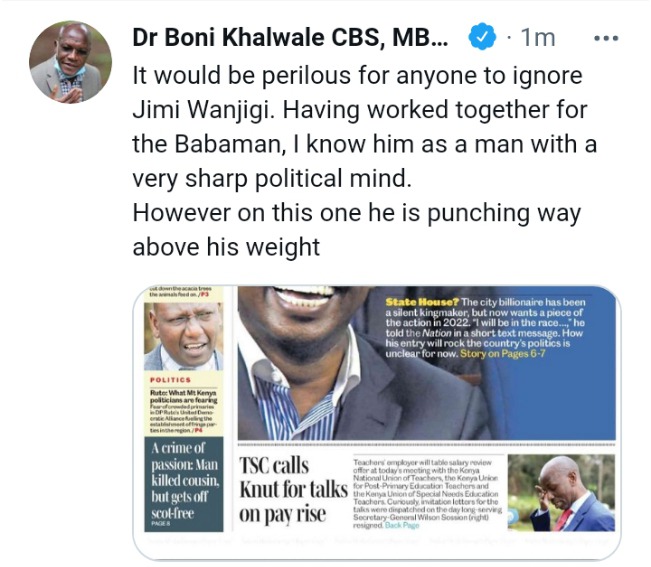