Throwbacks: Top 11 Fastest Footballers in the World before 2013

By Eddyado (self meida writer) | 11 days 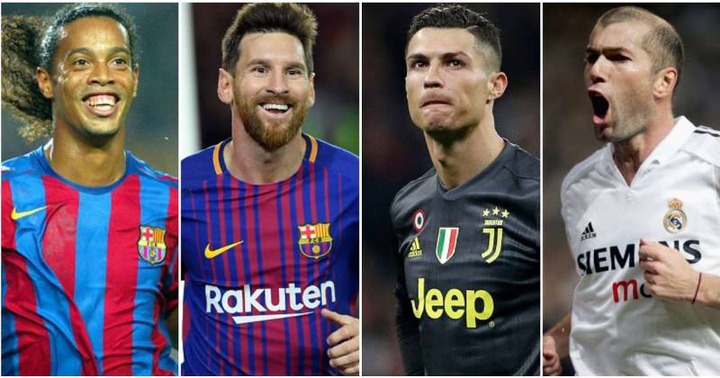 Speed is an invaluable asset to a footballer, as it can temporarily compensate other skill sets which may not be as developed.

Look at players like David Odonkor and Dennis Rommedahl, whose professional careers have only been legitimised by pace—age has caught up with both players, as both are currently free agents.

This article will list the 11 fastest players in world football, so it’s just based on pace alone, not dribbling ability.

At 14-years-of-age, Nedum Onuoha ran the 100 metres at 11.09 seconds, beating Great Britain sprinter Craig Pickering who recorded a personal best of 10.08 seconds in 2009.

One wonders what Onuoha’s time would have been if he has continued sprinting.

I like Onuoha, he’s a hard working player, with a good attitude, whereas you look at someone like Jérôme Boateng, who had an awful attitude.

When you think of the New York Red Bulls, you want to watch Thiery Henry, track the progress of prodigious Juan Agudelo, see if Joel Lindpere can continue his good form, and be entertained by the dazzling pace of Dane Richards.

When Richards is on the field, you get the sense that he’ll do something, the San Jose Earthquakes found that out the hard way a year or so ago.

Christiano Ronaldo is a technician who happens to also be a physical specimen.

If only he had the heart of a Carlos Tévez, you’d just imagine how many interceptions and tackles that Ronaldo could make, which would see him as a complete of a forward as Samuel Eto'o.

Ronaldo used to indulge in pointless stationary step overs, which would see him occasionally hacked, yet he’s now transitioned his game into a simpler one.

Get the ball, beat the defender, and shoot as many times as humanly possible.

If not for Lionel Messi, Ronaldo would be the undisputed best player in the world.

I’ll never forget Gareth Bale’s two part performance against Inter Milan, because it has to rank as one of the best individual performances in the past decade.

Sure Maicon was unhappy because he was denied a move to Real Madrid, perhaps was a touch unfit, but Bale went past him as he wasn’t even there.

It makes sense because if given space, Agbonlahor would be a nightmare for opposing full backs.

An explosive dynamic player, Albert Crusat is a pleasure to watch, yet even with his contributions, Almería were relegated.

Crusat not only has natural pace, but when coupled with superb dribbling ability, he really does put in some first rate performances.

His partner in crime Pablo Piatti was sold to Valencia, so it will be interesting to see where Crusat ends up.

Wouldn’t surprise me if he stayed loyal to Almería, as they resurrected his career when he was seemingly down and out, and now they need him to help them back into La Liga.

There is no doubt in my mind that Edgar Álvarez is the fastest Serie A player.

I always chuckle when the Bari players hoof the ball up into space expecting Álvarez to outrun whoever is chasing him, and then launch an attack from there.

He’s looked class when I’ve seen him, so it’s a mystery as to why he failed at Roma.

If Aaron Lennon was Australian, he’d probably have 70 caps by now, but he’s only played 19 times for the English senior team.

Lennon has been a standout winger in the English Premier League for the several seasons, and he’ll continue to be a great winger as long as he produces.

Theo Walcott is such a frustrating player to watch, because he isn’t a one trick pony, you know his technique is good enough for him to succeed even without his pace.

Yes, his pace has made him who he is, but that hat-trick against Croatia was world class finishing, that run against Liverpool was excellent ball control and awareness.

Though so often he goes missing on the wings, I say play him as a forward.

Just to put things into perspective regarding how fast Luton Shelton is.

According to Mads Gudim Burheim at Dagbladet.no, Shelton ran the 40 metres in 4.47 seconds.

Aftenposten reported Guardiola saying, “Luton Shelton was extremely fast he is is from Jamaica, so maybe he is the son of Usain Bolt”.

Marvell was a very talented player. He could ran at a faster pace than any other player in the field. His movement was swift and could easily score against his competitors.