By HarryJuma (self media writer) | 22 days ago

1. The Naslaa rock and how it formed 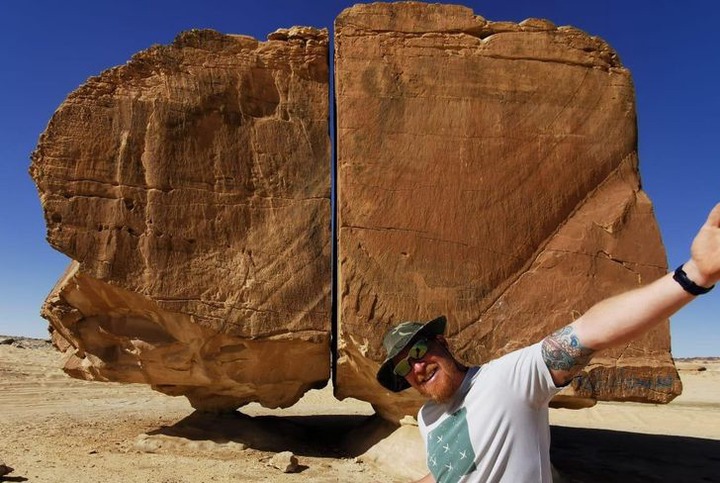 The formation of this huge sandy rock found in Saudi Arabia mesmerizes many and not even scientists can't explain how this rock was formed. The rock is so mysterious in that the place That is in contact with the ground is so little and it almost looks like the rock is freely suspended in the air. Again the crack that runs through the rock is another thing. The crack is so straight and even that it looks like someone must have been behind it which is not the case. Nobody knows what actually happened. 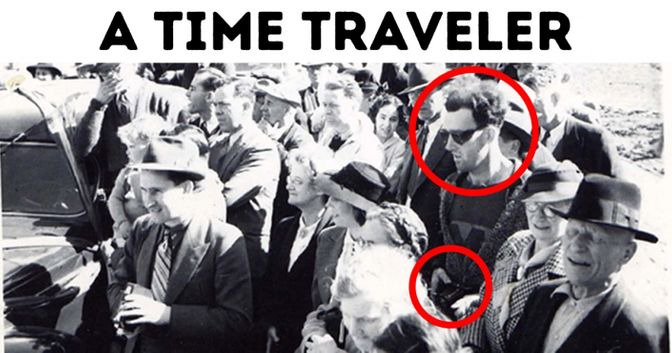 Do you believe in the realty of time traveling? This photo taken in 1941 in Canada is the most mysterious photo ever taken. It was during the opening of a golden bridge that a mysterious person was caught on camera. In the photo you can look at the man closely and you will realize that his fashion style is completely different from the rest. 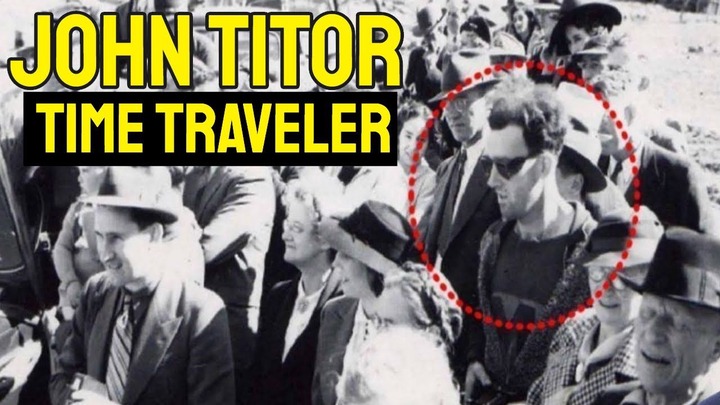 According to the 1940s fashion standard in Canada, no man could wear a hoodie, the t-shirt also has a 21st century logo which was not in existent in the 40s. What is even more fascinating is that the man had a portable camera in his hand which was not there in the 40s. Many people have concluded that the man must have time traveled but we really cannot tell whether time traveling is a real thing so the photo remains a mystery. 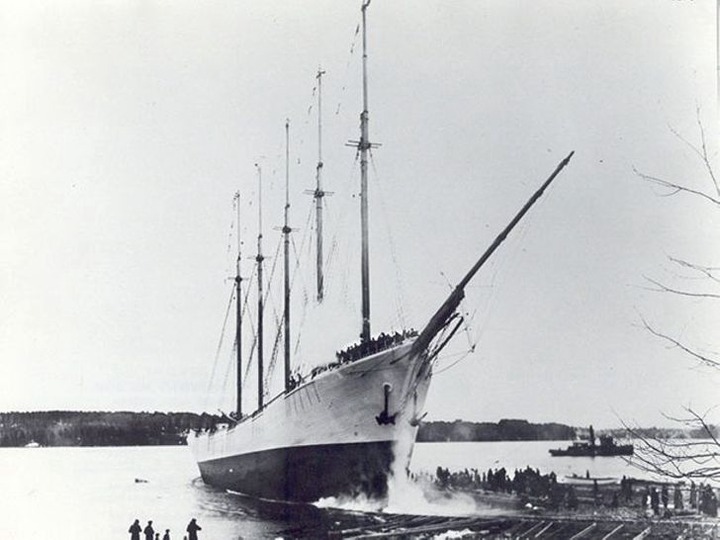 This was an American commercial ship that was found in the year 1921 with no crew on board. It was later named as the ghost ship. The ship was full of food but the logbook was missing. Personal items of people were also found in the ship and this prompted a thorough investigation of the origin of the ship but one year later, they stopped the investigation because they found nothing substantial to explain about this mysterious ship. 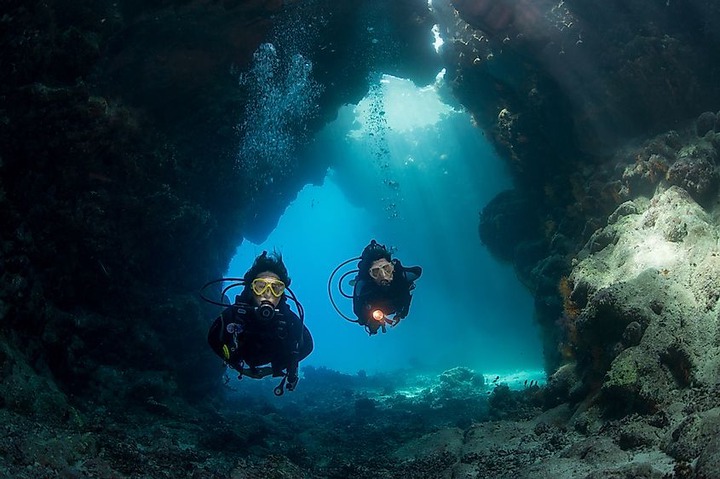 This is probably one of the most shocking discoveries ever made by scientists. They actually discovered a water reservoir that is found deeper than the earth surface at about 600km. The water volume is even considered to be bigger and by far when compared to the world ocean. Several theories have been developed about this but is is actually not very clear of how this can happen. 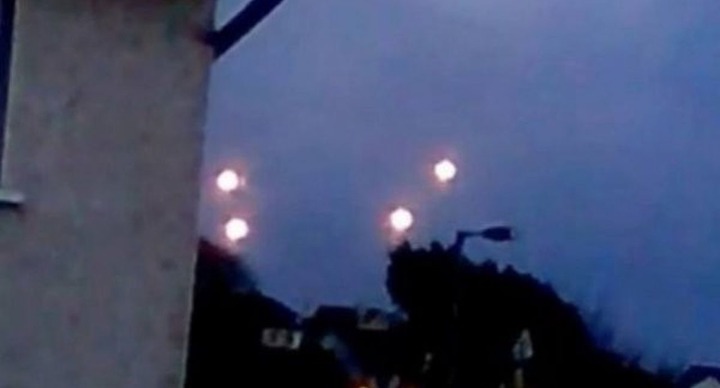 Do you know of the bright light that come along to accompany an earthquake whenever it occurs? Actually the mystery of this bright light is unknown to even scientists. The probability of seeing this light again is very minimal. Scientists and many people have come up with theories to try and explain this phenomenon but none of the theories gives a satisfactory explanation concerning this phenomenon. 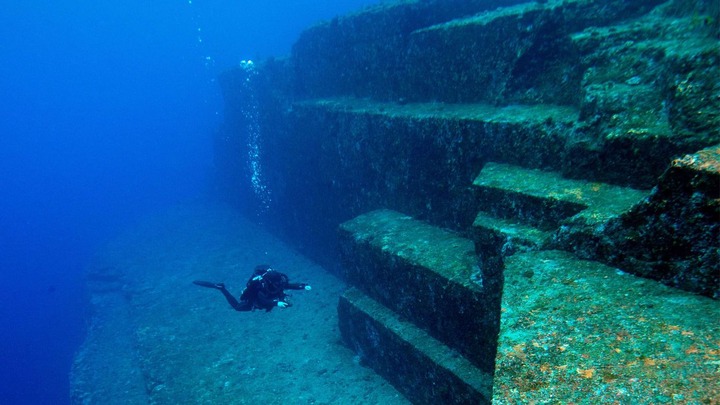 This place was discovered in 1986by deep sea divers in Japan. The terraced formations in this place actually shows that at one time in history people used to live there. 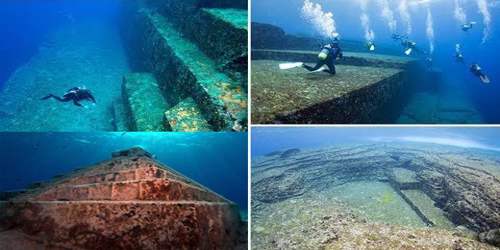 This submarine formations are as huge as a 5 floors and it seems like they were constructed by people who used to live there. Scientists have not come up with any conclusion about this and who were constructors of the pyramids is the question we are waiting the scientists to answer.

7. The river that boils 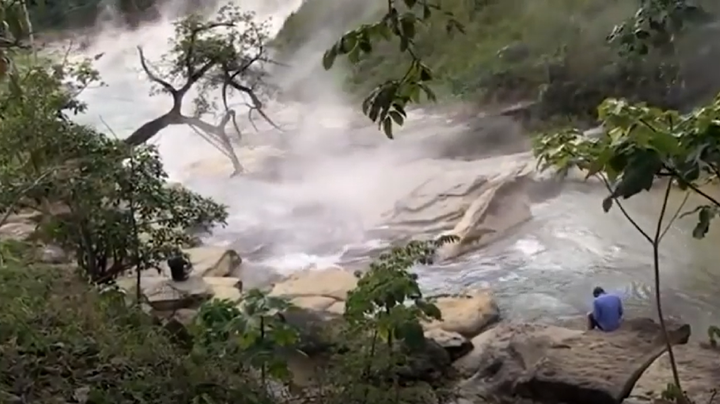 Ever heard of a river that is boils? The river actually exists. Andres Ruzo a reknown geologist discovered the river in the year 2011. The water of the river is actually more than 86 degrees Celsius and it's not even close to any active volcano. The closest volcano from the river is actually about 700km. This is another mystery that scientists have found difficult to explain. The river is found in the Amazon forest. 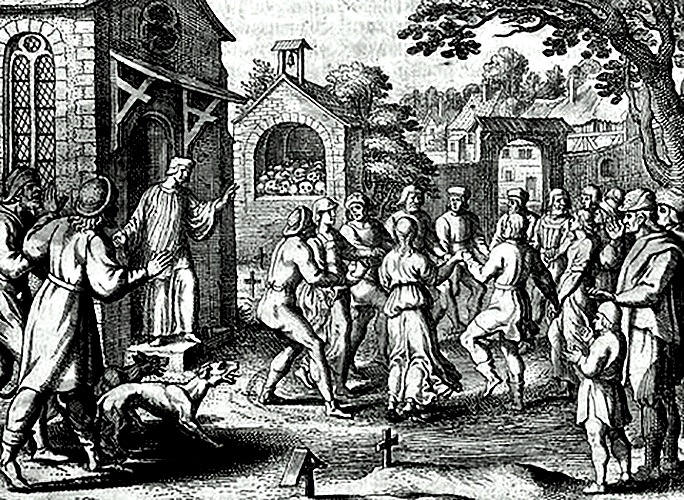 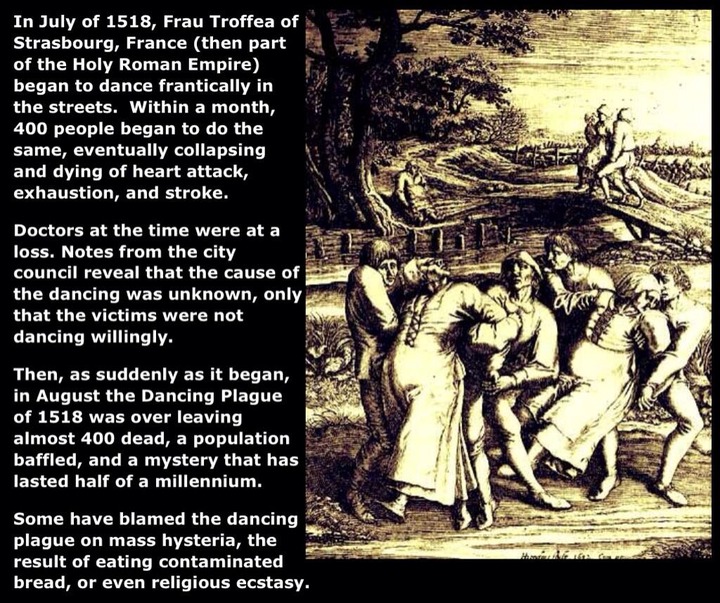 About 400 people died due to heart attacks stroked and exhaustion. Almost 5 centuries later, science has no valid explanation to this phenomenon. Where does one get the energy to dance for several days and what makes the dance become uncontrollable in that one can't stop at will? This is another mystery still unexplained.