Revealed: What is Being Done to Joho, Oparanya to Force Them Out of The 2022 Presidential Race

By Curtis-Otieno (self meida writer) | 15 days 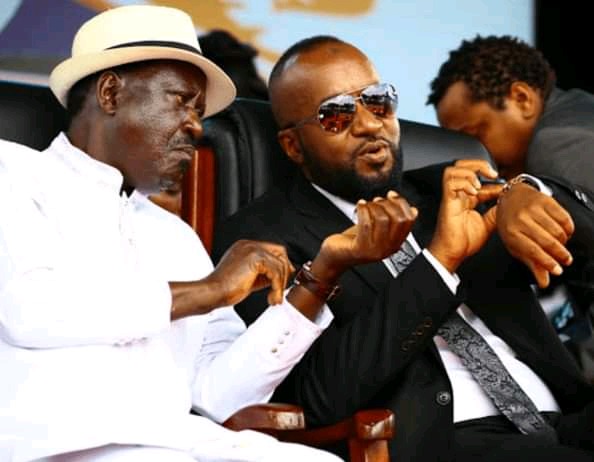 Plans are already in place to ensure that ODM leader Raila Odinga is the person the party will be fronting for the presidential contest in 2022, it has been revealed.

Though yet to officially declare his interest in the seat, the former Prime Minister has been dropping hints that he will be participating, which, if he does, will be his fifth shot at the post.

But his two deputy party leaders have also declared interest in the same seat on the same party ticket, these being governors Wycliffe Oparanya (Kakamega) and Hassan Joho (Mombasa).

Allies of Raila from the Coast have, however, revealed that pressure is being piled on the two to ensure that they do not challenge the party leader for the party ticket and rally behind him instead. 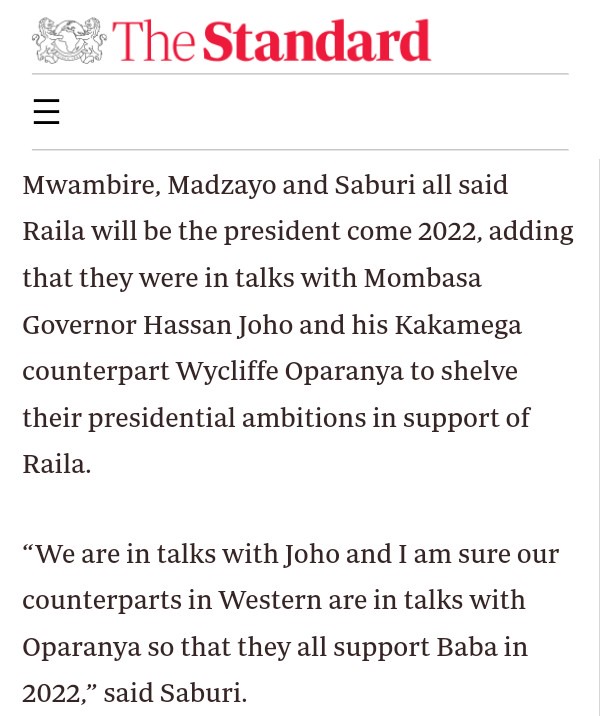 He is among the leaders who accompanied Raila when he visited Devolution Chief Administrative Secretary Gideon Mung'aro at his family home in Watamu.

Raila used the opportunity to once again fire shots at his leading 2022 opponent, Deputy President William Ruto, accusing him of taking Kenyans aback with his wheelbarrow provision initiative.

He said that this is not what the youth need, suggesting that a lasting solution would be better then handouts.

"They want to give the youth wheelbarrows and handouts, but we are saying what the youth need is a special fund protected by law, that they will get and start entrepreneurship and pay after seven years," said the leader.

Himself and Ruto have been firing shots at each other lately, in what is seen as warm up before they finally face off in the much awaited contest.