7 Foods You Should Avoid Eating

By MindMaster. (self meida writer) | 25 days 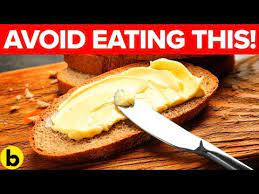 The problem with most food nowadays is that it is promoted by companies in such a way that it is convincing to people. Companies use words like "sugar free" and "all natural" on their labels ,but that doesn't necessarily ensure that the food is healthy to eat. He are some foods you should avoid eating presented by Jared Koch, who is the founder of clean plates.

1.) Canned tomatoes. Canned foods contains BPA ,which is a toxic chemical that is linked to reproductive abnormalities, increased risk of breast and prostate cancer, diabetes ,heart disease and other health problems such as reproductive harm, increased risk of mental disabilities in babies, risk of miscarriage and hormonal disruption. Canned tomatoes have such a high risk of BPA contamination more than any other canned foods because of its acidity.

2.) Processed meat. According to a 2011 review of Clinical studies that examined the connection between diet and cancer, processed meat are not healthy and everyone should avoid. This report was commissioned by the World Cancer Research Fund and it also states that processed meats are typically made with meat from animals that are raised in animal feeding farms. This means that they are fed growth hormones and other drugs. Processed meat has also been linked to heart diseases, high blood pressure, pulmonary diseases ,stomach cancer and can contain many harmful chemicals. Processed meat include, beef jerky, canned meat, bacon, sausages ,hotdogs among others.

3.) Margarine. Margarine contains transfat , which according to doctors are unnatural fats. The U.S dietary Guidelines states that one should consume as little transfat as possible. Transfats is usually linked to heart attacks and diseases, and the easiest solution is to buy butter that is made from grass eating cows.

4.) Vegetable oil. Vegetable oil is highly processed that when heated the oil can cause damage by converting good cholesterol into bad cholesterol by oxidizing it. When the oil is heated and mixed with oxygen, it becomes rancid. This is a chemical that should not be consumed as it can lead to vascular diseases.According to WebMD, some vegetable oils also contain transfat which is harmful to the body.

5.) Microwaved popcorn. They contain perfluorooctanoic acid(PFOA) and perfluorooctane sulfonate(PFOS). Both of these chemicals show up as contaminants in blood, and when heated up, leanch onto popcorns. These chemicals have several dangers such as infertility. According to a study published in the Journal of Human Reproduction, researchers found that PFOS and PFOA increased the chances of infertility.