By CommentatorNews (self meida writer) | 29 days 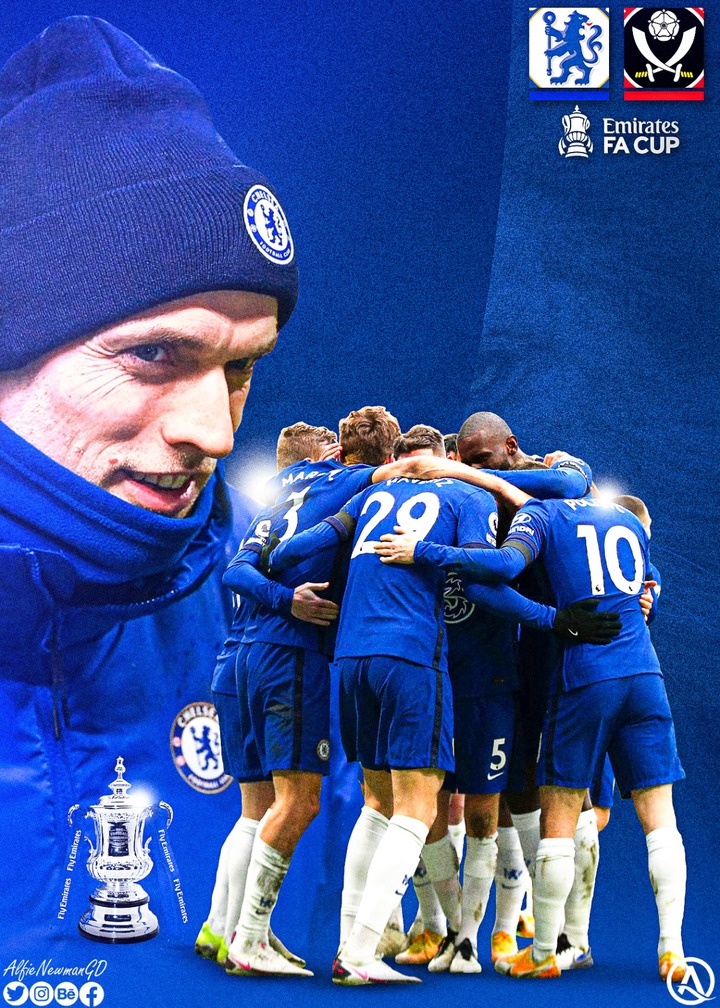 Chelsea hosted Sheffield United for the quarter-final of the FA Cup at Stamford Bridge this Sunday.

Still unbeaten, Thomas Tuchel aimed to keep the run going but did twitch his line up a little bit with Kepa coming in for Mendy while Gilmour got a second start under Tuchel with the likes of Olivier Giroud and Christian Pulisic also handed a start.

The blues took the lead through an own goal from Norwood who deflected Ben Chilwell's shot into his net. From there on, it was a Christian Pulisic show who left many Chelsea fans entertained despite not scoring.

Against Sheffield, the American pulled some great dribbling skills and was unlucky to be denied by Ramsdale.

However, the Sheffield United players seemed to have an agenda against him and fouled him so many times while the referee did not punish with a yellow card. Watching this game, it reminded fans of the same treatment that Eden Hazard used to receive when he played for the blues and it was not great officiating from the ref who just did not protect the player.

Taking to social media, this is what the fans had to say;

CFC_Blues: Pulisic is fouled for the 148th time today and Andrew Madley is still yet to card a Sheffield United player.

Simon Johnson: Pulisic is getting to experience what Eden Hazard suffered on a regular basis. Targeted. #CHESHU

Kaushal: The ref knows he has cards right?! That’s like the 10th foul on Pulisic. Christian is growing into the game now and dominating it.

Jack Hendrick: They’re fouling Pulisic like teams used to foul Hazard. It’s irritating and it’s mind boggling there hasn’t been a single yellow card shown to any of the 10 late fouls from Sheffield thus far