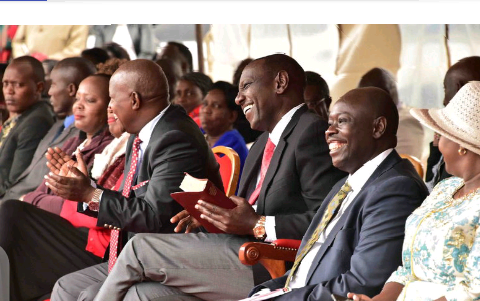 The Jubilee Party yesterday expelled about six senators who seems to be disloyal to the party.The secretary general Rafael Tuju while mentioning the names of the affected nominated Senators,he said they had contravened the party Constitution by pledging allegiance to other party instead of jubilee party.

Among those who were expelled included Isaac Mwaura and Millicent Omanga. They have been seen moving around with the deputy president William Ruto in almost all functions he has been carrying out. The ousted Senators are alleged to be closely working with the newly formed political party, United Democratic Alliance.

This evening,the political parties dispute tribunal has suspended decision by Jubilee Party to expel six nominated Senators pending hearing and determination of case filed. This means that the affected politicians can still access Jubilee services before the case is finally settled.

The decision to suspend the expulsion is a big win for Ruto and the Tangatanga team. The six nominated members have been advocating the deputy president ideaology of the Hustler Movement. Should their position be reinstated it will be a big win for him even as he move drumming support for his 2022 presidential bid.