By Hesbonoran (self media writer) | 1 month ago

Amid worsening tensions between Rwanda and Democratic Republic Of Congo, Congolese official on Friday said a member of the Republic's military was shot dead during a gunfire exchange with Rwandan soldiers at Rubavu border post. According to Rwandan authorities statement, the shot soldier crossed to Rwandan territory and opened fire which led to a retaliation by the Rwandan soldiers. 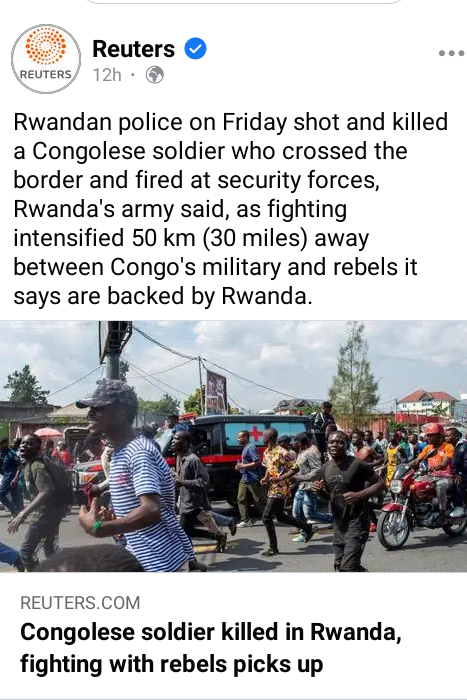 Civilians who were waiting to cross the border were wounded due to the gunfires. Congo has since closed it's border with Rwanda which has further escalated the diplomatic crisis between the two neighbours.

The Democratic Republic Of Congo government recently accused Rwanda of supporting the M23 rebels that launched a major offensive in Eastern DRC last month. The M23 militia is mainly made up of Congolese Tutsis who had numerous clashes with the government in Kinshasa.

Congolese police held back around a hundred demonstrators who tried to head to the border post while chanting slogans against Rwandan president Paul Kagame. 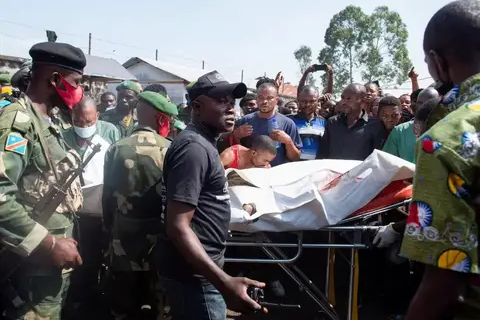 Content created and supplied by: Hesbonoran (via Opera News )