By FinestISAAC (self meida writer) | 2 days 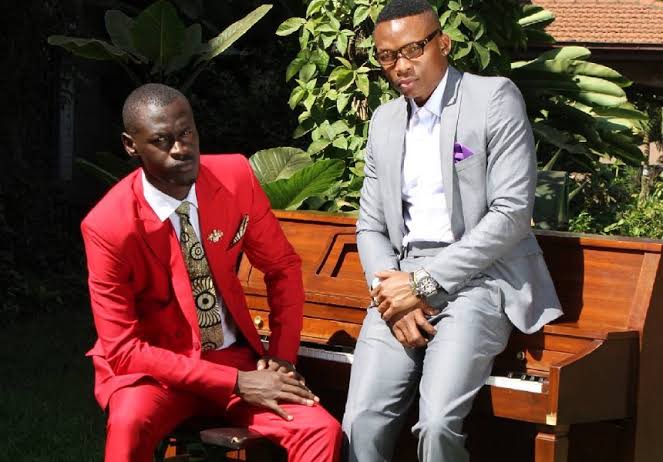 High-flying rapper King Kaka and his counterpart Otile Brown have received a shocker after YouTube pulled down the trending collabo dubbed fight citing copyright infringement that was allegedly filed by Deyminbrown.

Taking to his social media pages, the Dundaying hitmaker decried the growing number of alleged copyright claims from people he said were just clout chasers.

"Hizi copyright claim zimekuwa mingi. People should stop clout chasing and just make music. A product that we made from scratch with Otile in a studio sai iko na kesi". A dissatisfied King Kaka revealed on his Twitter handle. 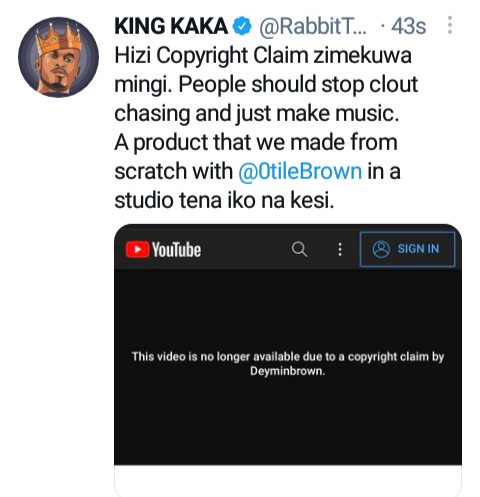 The sizzling single dubbed fight was the artist's second collaboration after doing Alivyonipenda hit song four years down the line that currently has over 5.4 million views on YouTube and counting.

The new video took YouTube by storm and had already topped the music charts after its release.

The song made history after surpassing 100k views on YouTube just after going live. 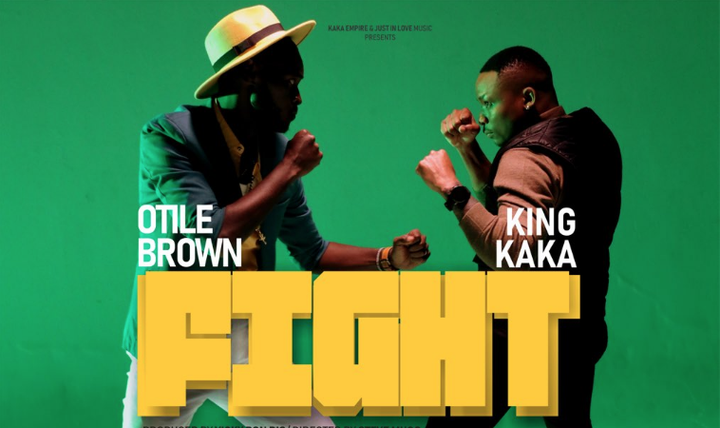 The song which is now unavailable on YouTube was produced by popular producer and a director Vicky Pon Dis and directed by director Steve Mugo.

The song also featured various renowned Kenyan celebrities among them legendary actor Ken Ambani who acted as an antagonist in the music video.

It took quite some time for the two established and revered artistes in the Kenyan music industry to work together but it was worth it.

King Kaka decided to work with Otile Brown on his hit record dubbed ‘Fight’ that has already been cosigned by a lot of netizens after it was released a week ago.

The song narrated an urban love story turned sour when the lady’s older love interest finds out about her tryst with a younger man.

The ‘Fight’ record is a mid-tempo song where Otile Brown plays to his signature vocal strengths delivering a catchy heart-warming tune.

The singer is complemented by King Kaka who delivers thought-provoking bars reminiscent of all his previous love songs.

The visuals as directed by Steve Mugo feature a special cameo appearance by renowned actor and media personality Ken Ambani, who plays the role of a gentleman scorned by his love interest.

Content created and supplied by: FinestISAAC (via Opera News )