By FelixkisiiUni (self meida writer) | 29 days

Siaya county is the home of popular politicians in Kenya, including former prime minister Raila Odinga and the law scholar and current senator James Orengo. Siaya senator and Raila Odinga's right hand man has declared his interest in the gubernatorial seat in what has been seen as the ultimate test for the ODM nominations.

The aspirants have now called for the ODM party to conduct free and fair party nominations ahead of the expected stiff competition for party's ticket.

Siaya county is the backyard of Raila Odinga and any candidate who gets the party's ticket is guaranteed of sure victory.

Former permanent secretary Eng Carey Orege while launching his campaign bid told Bondo residents that he was opportumistic of victory.

All of the aspirants have however asked the ODM party not to interfere in the nominations, with speculations hitting the air that Raila Odinga prefers Mr Orengo for the position. 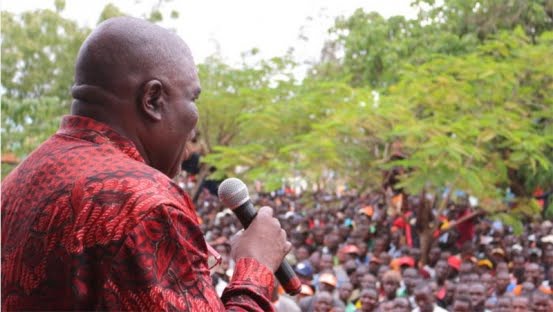 All eyes will be now on the party's leadership on how they will conduct their primaries and nominations thereafter.

Content created and supplied by: FelixkisiiUni (via Opera News )

Photo of the Day; Moses Kuria Engaging Raila Odinga in a Conversation Without a Mask