By BreakingNews1 (self meida writer) | 4 days The tussle between the political leaders has been on rising. The majority of leaders are fighting for the change in which at times is inevitable. The majority of African countries have been suffering due to poor leadership, dictatorship, and freedom of expression. 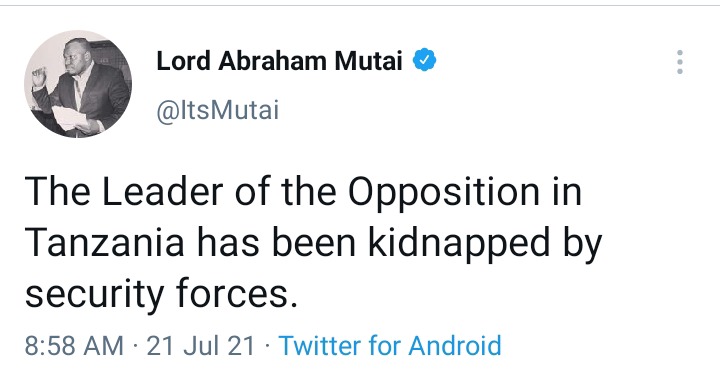 Tundu Lissu has condemned the incident after alleging that calling for political reforms is no breach of any law. Lissu Tundu has urged all Tanzania's development partners to stop subsidizing the Chama Cha Mapinduzi CCM dictatorship and to support the democracy.

Meanwhile, since President Suluhu Hassan took the leadership more changes have been occurring which has impressed millions of Tanzanians.