Dr. Boni Khalwale, a former Kakamega senator and medical practitioner, met with Andrew Mukoya, a businessman and politician, on Sunday, July 4, 2021 in a bid to boost the United Democratic Alliance party, which is chaired by Johnston Muthama, a former Machakos senator.

" Today, Bungoma politician and entrepreneur, Andrew Wamukoya, paid me a courtesy call in Malinya. We discussed how we will reinforce the UDA Kenya membership registration drive in Bumala constituency.

The United Democratic Alliance, which recently established a branch in the United States of America with the help of Kenya' s deputy president, Dr. William Samoei Arap Ruto, and Machakos senator, Irungu Kang'ata, making it one of the country' s international parties, has received far more support than expected. Boni Khalwale, a close ally of Kenya' s second in command, and other dedicated leaders are doing everything they can to keep the party in power.

According to reports, Boni and the businessman discussed political issues affecting ordinary people and how to free people from deceitful politicians. 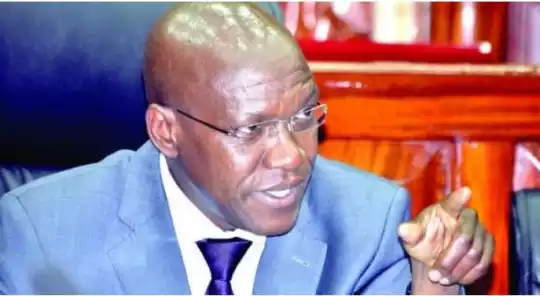 The two discussed everything that could be done to make UDA a national- interest party and how it could survive a lifetime during their meeting. It is stated that their negotiations are a huge win for the deputy president because the party is related to him, therefore any discussion about the party would mostly center upon popularizing his upcoming presidential ambitions. Musalia Mudavadi, on the other hand, would face a political tsunami because it is expected that the discussion will bring more Amani National Congress party members on board, causing them to abandon the party in favor of the Ruto- linked party.

Mudavadi ascension to the president may be hampered by divisions in the West. The gathering comes just a few days after some Jubilee members joined the UDA, as well as some ladies from Kakamega joining the Kenya African National Union, which is led by Senator Baringo. Given these circumstances, Western Kenya may be the most split region this time round.

Do you think Boni' s encounter with a businessman who was a Mudavadi fan had an impact on his ambitions?

"Our Econmic Interest Must Be Secured By Our Own Leader Not Strangers," Governor Waiguru