By HowItIs (self meida writer) | 18 days

In another crackdown on corruption, Tanzania's president Samia Suluhu government has issued an arrest warrant on a corrupt officer. The regional prosecution officer Mutalemwa Kishenyi is accused of requesting and receiving bribes. In a surprising move,two emergency numbers have been given out to the public and citizens urged to report him incase they know his whereabouts. 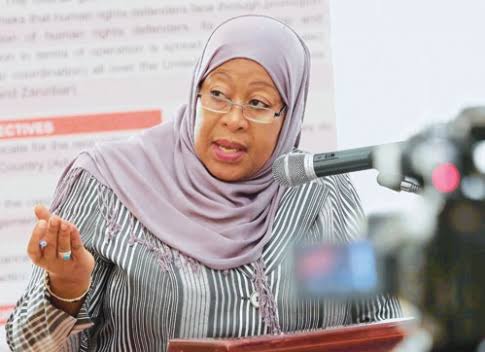 According to the letter shared to the media, the officer who is also a senior lawyer has received five million shillings from those facing criminal charges. They had been found with three hundred and seventy bullets with contraband goods worthy six billion shillings.

After the investigation, the criminal investigation officer David Mulokozi summoned him to appear before him for further inquiries. Surprisingly,he didn't honour the summons and told them that he had other businesses as alleged in the letter written in Kiswahili. The government issued contact numbers,07381501240 and 113 to the public for any information that would lead to his arrest. 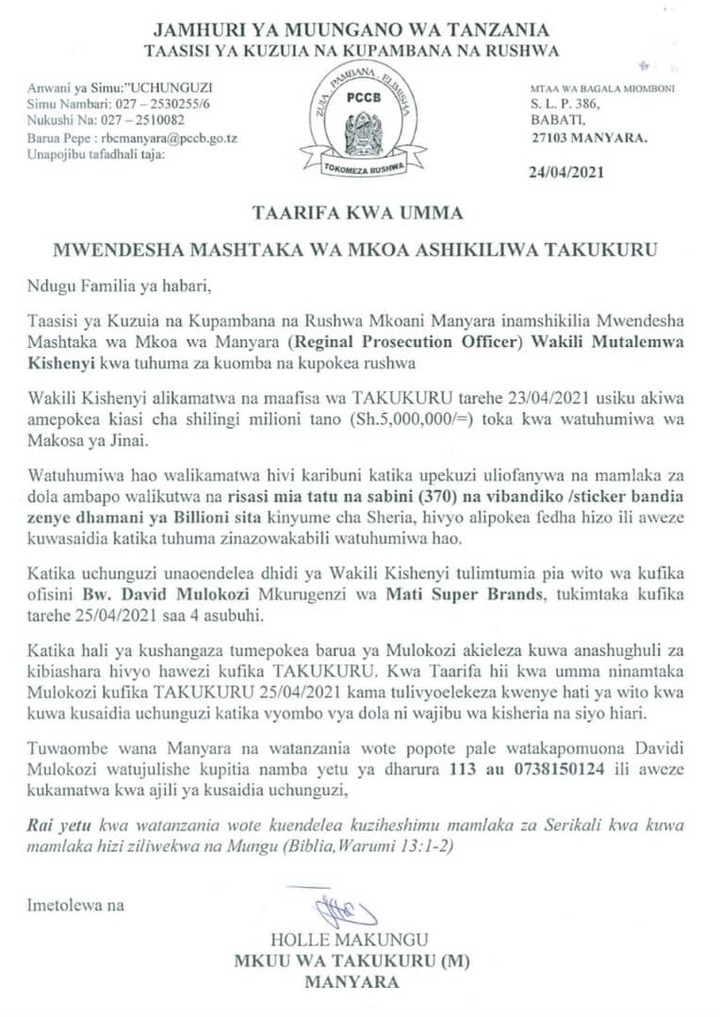 The government move appeared to go well with the chief opposition leader Tundu Lissu. He hailed the move and quoted a saying of "What goes around comes around". He argued that the prosecution officer was one of the key architects of legal warfare against opposition leaders during Magufuli's regime. He also coordinated suppression of social media, activists and Civil societies in the corridors of justice. 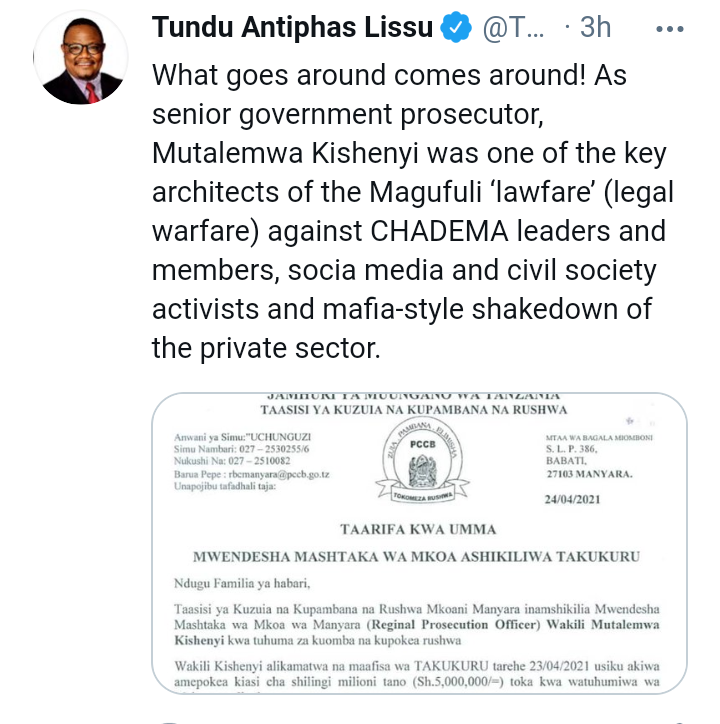 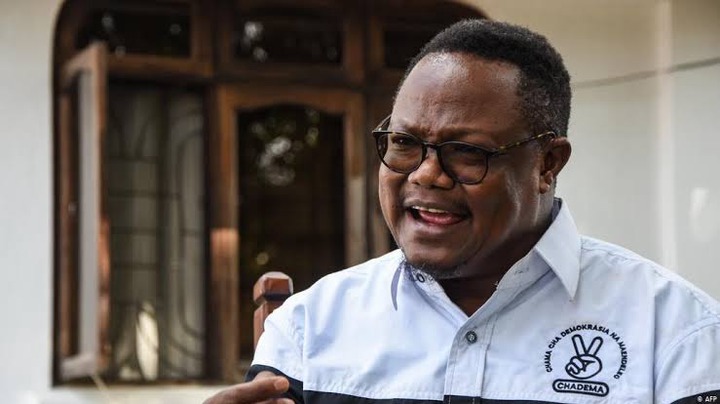 The war on corruption in Tanzania appears not to end soon as the president Samia has insisted on her commitment to rid it out. This would be a continuation of the late Magufuli's Policies where officers alleged to be corrupt were sacked and subsequently prosecuted. Among those fired was the health minister who had been accused of misappropriation of funds in the department. 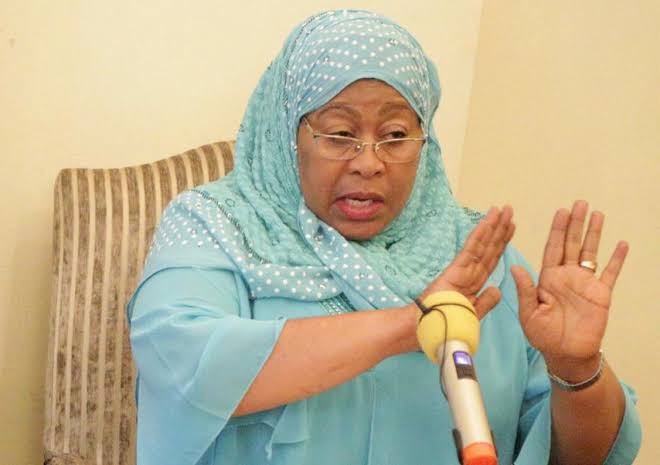 Earlier on,she had expressed his concerns on rampant corruption from the country's revenue collection department. She formed a task force that would submit a report to her about the tax collection system. She argued that they existence six different systems that are collecting taxes in the country and appealed for harmonisation of them for better services.